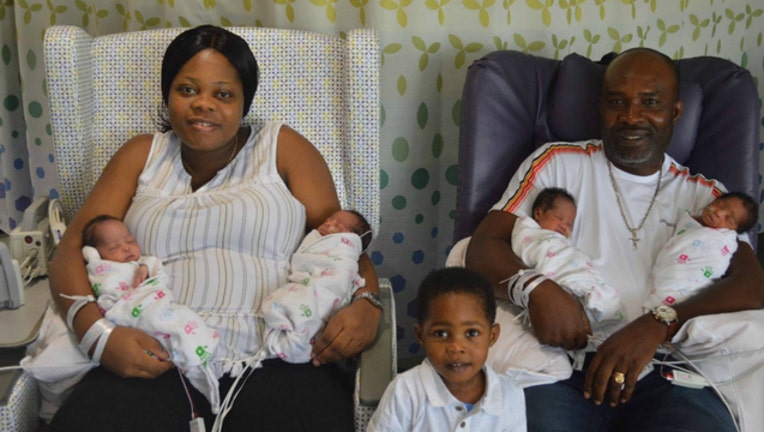 Silver and Onyinye Stanley Nwagha welcomed their four newborns – three girls and one boy – on Monday, June 10 at Advocate Good Samaritan Hospital in Downers Grove. The children were born via C-section.

Silver took the pregnancy to 34 weeks, a hospital official said, which is unusually long for quadruplets.

Silver was discharged from the hospital on Friday, June 14 – just in time to celebrate Father’s Day weekend with Onyinye and their 2-year-old son Chinemere.

The newborns have been named Zara, Sochimaobim, Amaka and Muna.

The birth of triplets or more is rare in the U.S. - approximately 102 of every 100,000 live births include triplets or more, according to the latest figures from the Centers for Disease Control and Prevention.