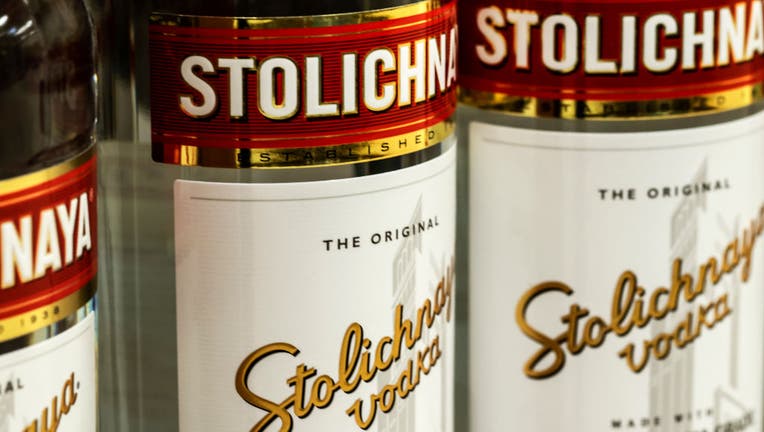 Stoli Group announced that it's rebranding the name of its vodka, Stolichnaya, "in direct response to Russia's invasion of Ukraine."

The vodka will now be marketed as "Stoli," according to the company, which has tried to distance itself from the protests against Russian-branded vodka.

The company's product is manufactured and bottled in Latvia, according to its website.

RELATED: Boycotting vodka: Here's what you should know as businesses dump the alcohol amid the Russian invasion

Stoli Group, which was founded by Yuri Shefler, said its decision to rebrand was driven by Shefler's "vehement position on the Putin regime; the Stoli employees determination to take action; and the desire to accurately represent Stoli's roots in Latvia."

"While I have been exiled from Russia since 2000 due to my opposition to Putin, I have remained proud of the Stolichnaya brand," Shefler said in a statement.

As Russia's invasion of Ukraine intensified, so did the boycott against vodka. In an effort to support Ukraine, bars, liquor stores and government officials were turning their backs on the spirit, with some governors calling for the removal of all Russian-produced and branded products from shelves statewide.

Some bar owners were even seen pouring vodka on the street.

Stoli Group posted a statement on its website denouncing Russia's violence and simultaneously issuing support for Ukraine. It also noted that the brand is registered with the U.S. Alcohol and Tobacco Tax and Trade Bureau as a Latvian product.

"We unequivocally condemn the military action in Ukraine and stand in support of the Ukrainian people," Stoli Group previously said.

On Friday, Shefler reaffirmed that the company "made the decision to rebrand entirely as the name no longer represents our organization."

Shefler said he wants the company to "represent peace in Europe and solidarity with Ukraine."

Stoli will work exclusively with Slovakian sources to make sure the brand is "100% non-Russian alpha grade spirit," according to the company.

"This is very personal to us. As a former Royal Marine commando, I know all too well the horrors of war," said Damian McKinney, Stoli Group global CEO.  "We have employees, partners and distributors in the region directly impacted. They are asking that we take a bold stand. This is one actionable, meaningful thing we can do to make it clear that we support Ukraine."

The company is also supporting World Central Kitchen, a nonprofit that has been serving tens of thousands of hot meals to Ukrainians who are stuck in the country or who have fled to neighboring countries.

Read more of this on FOX Business.