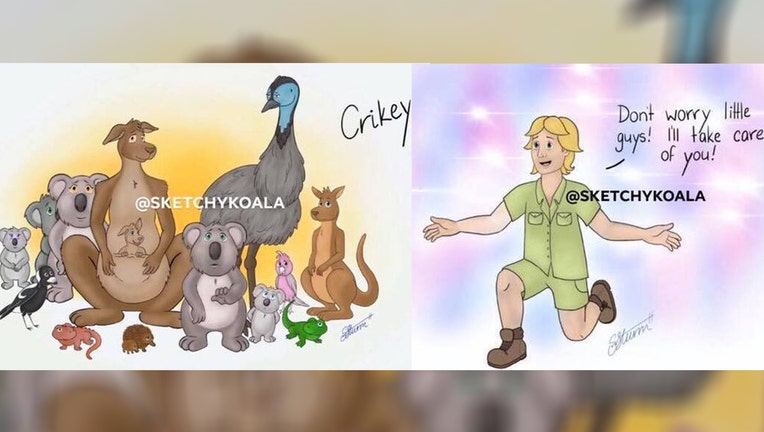 A cartoon showing Steve Irwin welcoming animals killed in the raging Australia bushfires with open arms is touching hearts during this difficult time.

The bittersweet illustrations are the work of Shania-Mae Sturm II, also known as Sketchy Koala on Facebook and Instagram. Sturm is from Australia and now lives in Georgia. She posted the cartoons on social media shortly after hearing about the devastation happening in her home country.

In the sketch, the late Steve Irwin is seen bending down on one knee and holding his arms open to a group of koalas, kangaroos, and other Australian animals. 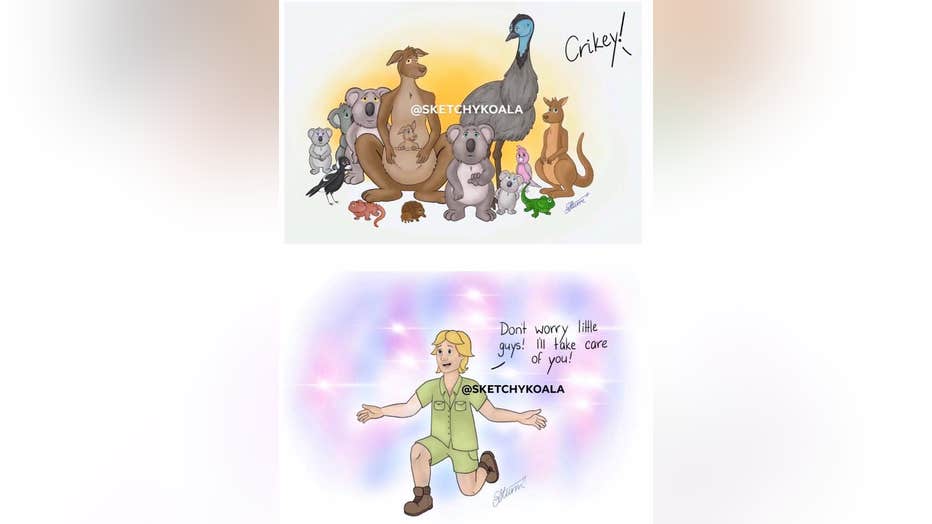 "This little tribute drawing goes to all the innocent animals caught in the blazes across my home country," Sturm wrote on Facebook. "It breaks my heart to see it’s still going on but there’s only so much that can be done to keep it from spreading."

The touching cartoon even got the attention of Irwin's daughter, Bindi, who wrote, "This is beautiful. Thank you for sharing."

Sturm says she appreciates all the love and support she's been receiving from around the globe.

"I hope all the animals who couldn’t make it are now in heaven with Steve Irwin, being taken care of, and not having a care in the world or memory of how they got there. Rest In Peace fuzzy babies, we will miss you."