Tik Tok is a short-form video app that allows users to create and share fun content with added filters, music, animation and more.

WASHINGTON - TikTok and its possible harmful effects on the mental health of children and teenager users are being investigated by a bipartisan group of U.S. state attorneys general from coast to coast — the latest issue for the wildly popular video-sharing app.

A nationwide probe was announced Wednesday by a number of states, led by officials from California, Florida, Kentucky, Massachusetts, Nebraska, New Jersey, Tennessee and Vermont. Officials plan to investigate if using TikTok is harmful to children and teenagers and if the company is violating state consumer protection laws in promoting its platform to young people.

The announcement came amid widening scrutiny of the video-sharing app, which is particularly popular among teens and younger children and is estimated to have 1 billion monthly users.

U.S. lawmakers and federal regulators have criticized TikTok for its computer-driven algorithms, saying it pushes video content that can endanger the physical and mental health of young users. Last month, Texas opened an investigation into TikTok’s alleged violations of children’s privacy and facilitation of human trafficking.

California Attorney General Rob Bonta noted in a separate statement how "children are growing up in the age of social media – and many feel like they need to measure up to the filtered versions of reality that they see on their screens."

"We know this takes a devastating toll on children's mental health and well-being. But we don't know what social media companies knew about these harms and when," Bonta said. 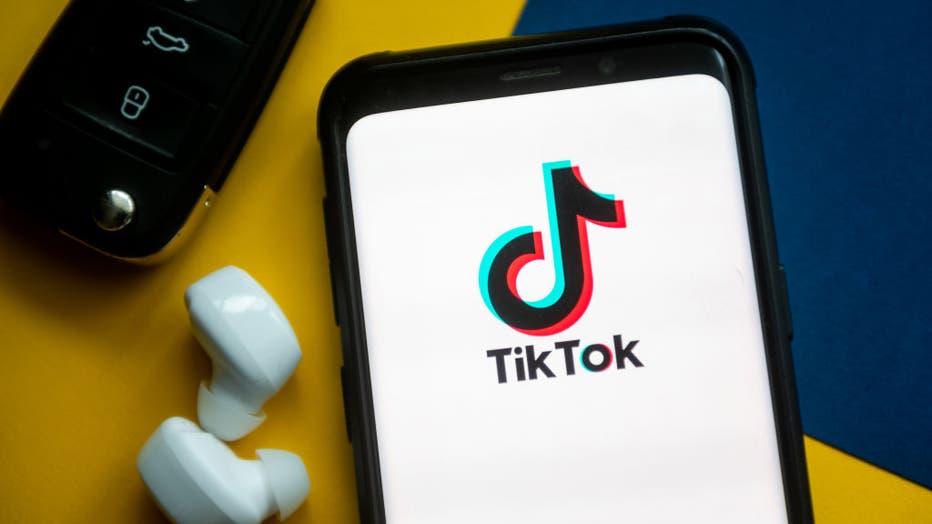 FILE IMAGE - In this photo illustration, a TikTok logo seen displayed on a smartphone. (Photo Illustration by Mateusz Slodkowski/SOPA Images/LightRocket via Getty Images)

TikTok, which is intended for users 13 and up, offers a number of resources to support families like educational safety videos and parent guides. In 2020, the company introduced a feature called Family Pairing, which allows parents to link their TikTok account to their child’s account and moderate how long children spend on the app and what they see.

TikTok also sought to tackle the issue of bullying on the app last summer by enlisting some of its top animation creators to share ways they spread kindness online.

"We care deeply about building an experience that helps to protect and support the well-being of our community, and appreciate that the state attorneys general are focusing on the safety of younger users," the company said Wednesday. "We look forward to providing information on the many safety and privacy protections we have for teens."

Early last year, after federal regulators ordered TikTok to disclose how its practices affect children and teenagers, the platform tightened its privacy practices for users under 18.

As its popularity has swelled, TikTok has come under a barrage of criticism from state officials, federal regulators, consumer advocates and lawmakers of both parties. Republicans have especially homed in on the company’s ties to China, as TikTok is owned by Beijing-based ByteDance.

"TikTok threatens the safety, mental health and well-being of our kids," Rep. Cathy McMorris Rodgers of Washington, the senior Republican on the House Energy and Commerce Committee, said at a hearing Tuesday.

A new TikTok challenge has caused schools across the country to take extra precautions on Friday. It's unknown where the TikTok school threat came from but the challenge suggests numerous school shootings will take place on December 17. In Maryland, authorities say a 13-year-old has confessed to creating a fake social media profile to make threats against a Frederick County school in connection with the TikTok challenge. Officials say the teen told detectives he created the account as a "joke" to make threats against Ballenger Creek Middle School and denied having any plans to shoot anyone.

A similar coalition of state attorneys general launched a probe in 2021 into Instagram, owned by Facebook parent company Meta, and its impact on young people. The action occurred after Facebook whistleblower Frances Haugen revealed internal company research showing apparent harm to some teen users of Instagram.

The announcement of the new TikTok investigation came a day after President Joe Biden asked Congress to bolster privacy protections for children during his State of the Union address.

"As Frances Haugen, who is here with us tonight, has shown, we must hold social media platforms accountable for the national experiment they’re conducting on our children for profit," Biden said. "It’s time to strengthen privacy protections, ban targeted advertising to children, demand tech companies stop collecting personal data on our children."