TALLAHASSEE, Fla. - The Florida Department of Education is withholding the monthly salaries for school board members in Alachua and Broward County, according to an announcement from Commissioner of Education Richard Corcoran.

The move was a penalty for the school boards requiring students to wear masks during the COVID-19 pandemic, with exceptions only for students whose parents submit doctors’ notes.

Gov. Ron DeSantis signed an executive order on July 30 that sought to prohibit local school districts from enacting student mask mandates. The governor’s order triggered a Department of Health rule that said parents must be able to opt-out of such mandates. 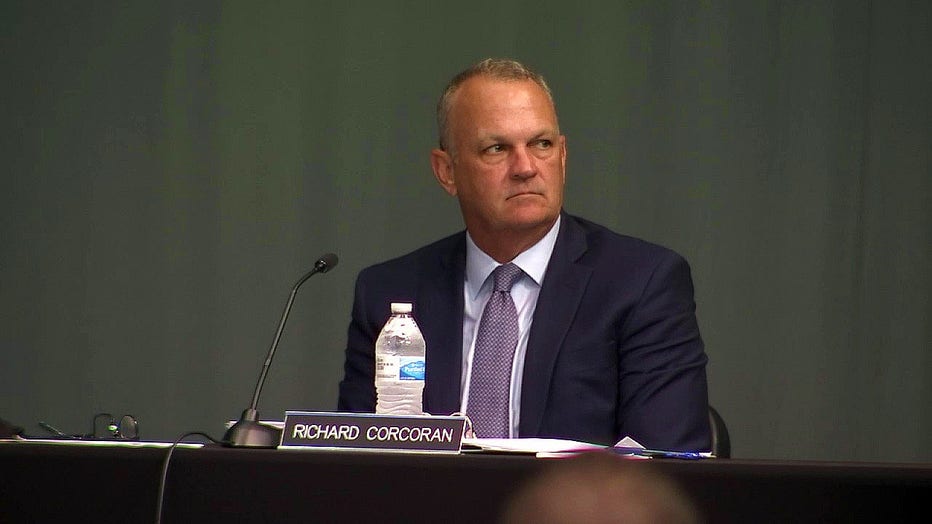 On Aug. 20, the Department of Education issued orders threatening to withhold funding equal to the salaries of four Alachua board members and eight Broward board members who voted for the mandates.

"We’re going to fight to protect parent’s rights to make health care decisions for their children. They know what is best for their children. What’s unacceptable is the politicians who have raised their right hands and pledged, under oath, to uphold the Constitution but are not doing so. Simply said, elected officials cannot pick and choose what laws they want to follow," Corcoran said in a news release.

Corcoran’s announcement Monday came after Leon County Circuit Judge John Cooper on Friday ruled that DeSantis’ overstepped his constitutional authority in issuing the executive order. Cooper issued an injunction barring Corcoran, the Department of Education, and the State Board of Education from enforcing DeSantis’ order.

It was not clear Monday evening whether the announcement about withholding funds from the Alachua and Broward districts conflicts with Cooper’s ruling.

The department did not immediately answer an email from The News Service of Florida about the issue. DeSantis has vowed to appeal Cooper’s ruling, but a notice of appeal had not been posted on the Leon County clerk of courts website Monday evening.

"The withholding of funds will continue monthly until each school board complies with state law and rule," a news release from the Department of Education said Monday.