Florida State Senator Linda Stewart is keeping a close eye on the investigation into how 14-year-old Tyre Sampson fell to his death from Orlando FreeFall, the drop tower amusement ride at ICON Park.

ORLANDO, Fla. - Florida State Senator Linda Stewart is keeping a close eye on the investigation into how 14-year-old Tyre Sampson fell to his death from Orlando FreeFall, the drop tower amusement ride at ICON Park.

"It is just really drove a stake in my heart," Stewart said. "We have to do something."

She’s read through documents released this week by the Florida Department of Agriculture and Consumer Services.  Now she’s waiting for their official investigative reports to see what went wrong. "That will give us direction on where we need to go," Senator Stewart said.

As FOX 35 News first reported, according to the ride manufacturer’s manual, the maximum weight limit for riders on the Orlando Free Fall is 287 pounds.  Sampson’s father told FOX 35 News that the teen weighed 340 pounds, which would be 53 pounds over the weight limit.

"I don’t see how anyone visually can look at a person and determine how much they weigh.  So I think that’s one thing we need to look into if there’s some kind of pad or weight thing they can step on it’s a green light if they’re under. Red light if they’re not, and they’re not able to get on the ride," Stewart said.

Earlier this week, Brian Avery, an independent ride consultant and lecturer at the University of Florida told FOX 35 News there’s a loophole in Florida code where venues do not have to post weight requirements on signs outside the ride unless the ride manufacturer say in their manual that it needs to be done.  Stewart said requiring weight limits to be put on signage at all amusement rides could be something to look into as well. 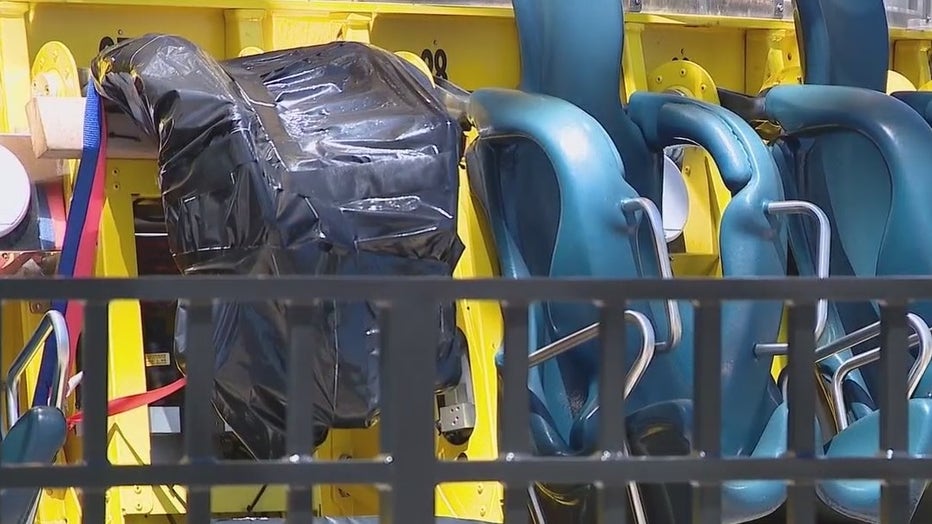 "I think a sign is helpful. I think a lot of people will look at that and if you’re over the limit you won’t want to risk your life," Senator Stewart said.

Another item that’s caught her attention, a letter from Funtime, the ride’s manufacturer to the state of Florida that read, in part, "It is no need for an extra safety or seat belt because the seat and restraint system fulfill more than the requirements."

If the Florida Department of Agriculture doesn’t make a change here, Stewart said she will work to get one.

"No matter what the manufacturer’s say, they could say in Florida you’re going to have a seatbelt.  Just because the manufacturer says you don’t need one doesn’t mean we can’t require one," Stewart said.

Bill Kitchen is the founder and CEO of US Thrill Rides.  He designs and builds amusement rides for a living.  He agrees with Senator Stewart on the need for seatbelts on rides.

"It's my opinion that this would have prevented that accident," Kitchen said.

Senator Stewart says right now it’s too soon to take legislative action, but as soon as the final investigative reports come out, she’ll be ready to write legislation to protect locals and tourists on amusement rides.