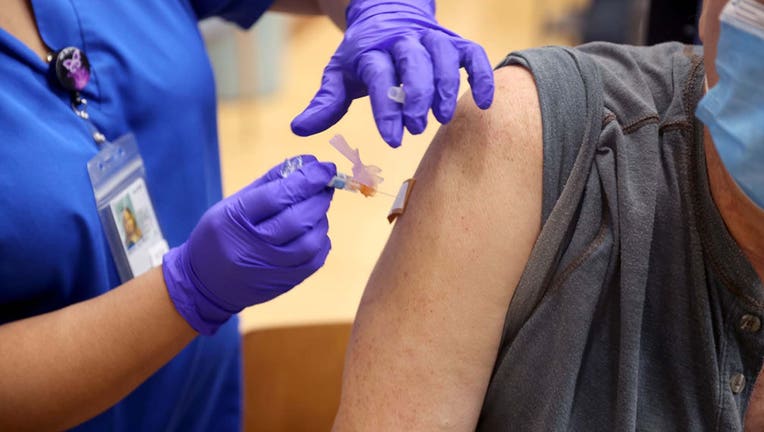 Lawyers in Moody’s office filed a 26-page motion for a preliminary injunction Tuesday in federal court in Tampa. The motion is part of a lawsuit that the state filed last week challenging vaccination requirements for federal contractors.

The state contends, in part, that President Joe Biden overstepped his authority with the requirements and that Florida would be injured because state agencies have contracts with the federal government. As an example, it cited a $12 million contract that the University of Florida received last year from NASA.

"Defendants (Biden and other federal defendants) are already pressuring Florida to modify existing contracts, and Florida understands that failing to do so will exclude Florida from consideration for future opportunities," Tuesday’s motion said. "As a matter of Florida law, however, state entities may not require vaccination of state employees. The challenged actions, therefore, require Florida to choose between changing or violating state law on the one hand or losing tens of millions of dollars in federal funds on the other."

The Biden administration has not filed court documents responding to the state’s lawsuit. But Florida Democrats have criticized DeSantis for the lawsuit and the decision to hold a special legislative session.

"This daily dose of vitriol from DeSantis is exhausting, dangerous, and doesn’t create a job, lift up a child, or solve any of many challenges of our state," Agriculture Commissioner Nikki Fried, a Democrat running for governor in 2022, said in a Twitter post last week.

The lawsuit has been assigned to U.S. District Judge Steven Merryday, who in June sided with the state and issued a preliminary injunction against federal Centers for Disease Control and Prevention restrictions on the cruise-ship industry during the pandemic. The federal government is appealing that ruling at the Atlanta-based 11th U.S. Circuit Court of Appeals.

RELATED: COVID-19 vaccines for kids 5-11 to be ‘fully up and running’ next week, White House says

The vaccination requirements for employees of federal contractors are scheduled to take effect Dec. 8. Biden issued an executive order in September that started a process leading to the requirements.

Along with contending that the requirements will affect state-agency contracts, the motion for a preliminary injunction also argued that mandates will financially harm Florida because unvaccinated workers will leave their jobs instead of getting shots.

"Because less than two-thirds of Floridians are fully vaccinated, federal contractors in Florida will soon begin losing a substantial portion of their workforce as a direct result of the president’s executive order," the motion said. "And this loss will cause Florida economic harm in the form of reduced corporate income tax revenues.