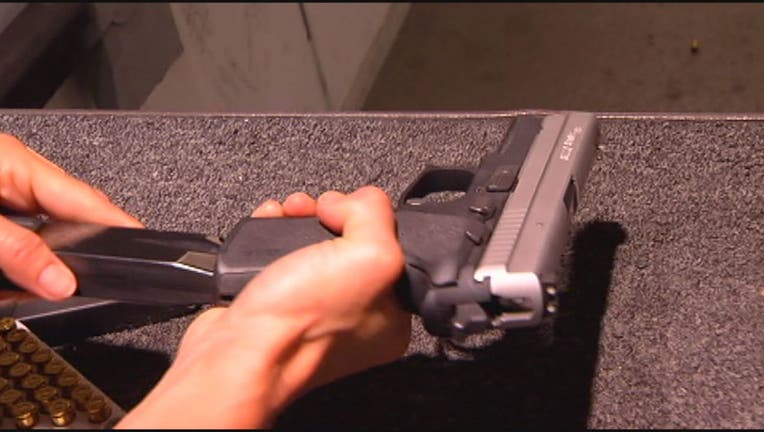 TALLAHASSEE, Fla. - The legal battle over a 2011 Florida gun law continues to ratchet up.

One of the briefs described the National Rifle Association-backed law as having “unprecedented penalty provisions” that led to similar measures in other states. The brief, filed by the Giffords Law Center to Prevent Gun Violence, the Brady gun-control group, the League of Women Voters of Florida and Equality Florida Institute, Inc., said the law has “chilling effects” on city and county officials.

“Most importantly, (the law’s) harsh penalty provisions will deter local legislators from experimenting with any solutions directed to the problem of gun violence, depriving Floridians of ordinances promoting their safety and security,” the brief said.

The friend-of-the-court brief, along with similar arguments filed Thursday by the Florida League of Cities and the Florida Association of Counties, were the latest salvos in a closely watched case. The briefs backed the positions of dozens of cities, counties and local officials who challenged the constitutionality of the law. State Agriculture Commissioner Nikki Fried also argues the law should be rejected.

On the other side of the case are Attorney General Ashley Moody, Gov. Ron DeSantis and the NRA. Lawyers for Moody and DeSantis went to the Tallahassee-based appeals court after a Leon County circuit judge ruled last year that parts of the law were unconstitutional.

Florida since 1987 has barred cities and counties from passing regulations that are stricter than state firearms laws, a concept known as “preemption” of local gun laws. The 2011 law was designed to strengthen the preemption by adding penalties, such as the possibility of local officials facing $5,000 fines and potential removal from office for passing gun regulations.

Cities, counties and local elected officials challenged the penalties after the 2018 mass shooting at Marjory Stoneman Douglas High School in Parkland. They argued that the penalties made local officials afraid to move forward with gun-related measures that might not be preempted by the 1987 law.

As examples, they have pointed to the possibility of measures such as requiring the reporting of failed background checks, barring the sale of large-capacity detachable magazines and restricting possession of firearms at certain government-owned or government-operated facilities. Among 30 cities in the case are Miami Beach, Fort Lauderdale, West Palm Beach, Orlando, St. Petersburg, Gainesville and Tallahassee.

In finding parts of the 2011 law unconstitutional, Leon County Circuit Judge Charles Dodson cited issues related to “legislative immunity,” which protects local government officials in their decision-making processes. He also pointed to the constitutional separation of powers, as judges could be asked to rule on penalizing local officials.

In a brief filed last month at the appeals court, the NRA argued that the penalties were needed because local officials had “contemptuously” violated the 1987 law.

“The penalty provisions are necessary to preserve and protect the Florida Legislature’s prerogative to occupy the field of firearm regulation to preempt unlawful local action,” the NRA brief said. “Local authority and home rule cannot constrain the Legislature’s enforcement of its preemption prerogative because local governments do not have any independent rights or powers beyond those granted by the Florida Legislature.”

But a joint brief filed Thursday by the Florida League of Cities and the Florida Association of Counties said the penalties would “eradicate centuries of history and tradition guaranteeing the immunities afforded to legislators at every level of government.”

“In a representative government, which the Florida Constitution requires of local governmental entities, unrestrained and unhindered lawmaking is vital to effectuating the voice of the people through their elected officials,” the brief said. “The penalty provisions … take an unprecedented swipe at the ability of local government officials to effectuate the will of their constituents.”