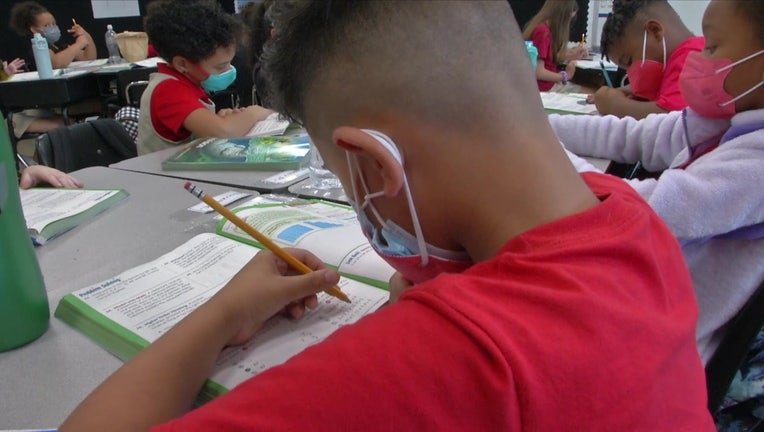 TALLAHASSEE, Fla. - Gov. Ron DeSantis’ administration has asked an appeals court to block challenges filed by five school boards against a Department of Health rule aimed at preventing students from being forced to wear masks during the COVID-19 pandemic.

Department of Health attorneys went to the 1st District Court of Appeal on Monday after an administrative law judge refused to dismiss the challenges filed by the school boards in Broward, Alachua, Orange, Miami-Dade and Leon counties and Leon County Superintendent Rocky Hanna.

In a 28-page petition, the department contended that the school boards don’t have legal authority to challenge the emergency rule, which requires that parents be able to "opt out" their children from any school mask mandates.

"In sum, the Florida Constitution creates a hierarchy under which the state supervises the education system as a whole," the department’s attorneys wrote. "While school boards administer the day-to-day operations of local schools, they must do so ‘in harmony’ with the state laws and rules they are statutorily required to follow."

Earlier Monday, Administrative Law Judge Brian Newman issued an 11-page order refusing to dismiss the school board challenges. Newman drew a distinction between administrative challenges to the Department of Health rule and other types of cases, such as challenges by local governments to the constitutionality of state laws.

Newman rejected the state’s arguments that what is known as the "public official standing doctrine" prevented the school boards from challenging the rule and cited a list of past cases in which local governments had pursued rule challenges.

"In summary, there is no authority for respondent’s (the Department of Health’s) assertion that the school board petitioners, as public officials and/or units of government, are barred by the public official doctrine --- or by any other law --- from challenging a rule that substantially affects it under (a section of the state Administrative Procedure Act)," Newman wrote. "Indeed, such challenges are routinely decided here at the Division of Administrative Hearings."

It was unclear Tuesday morning how quickly the Tallahassee-based appeals court might act on the department’s petition. Meanwhile, Newman on Monday dismissed another rule challenge filed by the Florida State Conference of the NAACP, the Florida Student Power Network and a group of individuals --- saying they did not have legal standing.

Newman is scheduled to start a hearing Friday in the school board challenges, which have been consolidated.

In part, the challenges contend the Department of Health overstepped its legal authority in issuing the Aug. 6 emergency rule, which was an outgrowth of a July 30 executive order by DeSantis to prevent schools from requiring students to wear masks during the pandemic. The challenges also argue that the rule is "arbitrary and capricious" and goes against the department’s role in preventing the spread of diseases.

But the Department of Health argues the challenges should be dismissed before Newman decides such underlying issues.

"To be sure, the school boards are vehemently opposed to certain protocols in the emergency rule," said the petition filed Monday at the appeals court by the department’s attorneys from the Radey Law Firm. "But under the codified structure of governance applicable to Florida's educational system, school boards lack authority to disagree with or attempt to override state law. To the contrary, they are duty bound to follow the laws of Florida. Therefore, under the public official standing doctrine, the School Boards do not have standing to attack the validity of the emergency rule."