The warning comes after a U.S. airstrike that killed top Iranian Gen. Qassem Soleimani in Baghdad.

The warning comes hours after Iran promised “harsh retaliation” against the United States for an airstrike that killed top Iranian Gen. Qassem Soleimani at the Baghdad International Airport.

“Due to heightened tensions in Iraq and the region, we urge U.S. citizens to depart Iraq immediately,” the State Department said in the alert.

The alert also said all consular operations are suspended at the U.S. embassy in Baghdad “due to Iranian-backed militia attacks at the U.S. Embassy compound.”

“U.S. citizens should not approach the Embassy," the alert said. 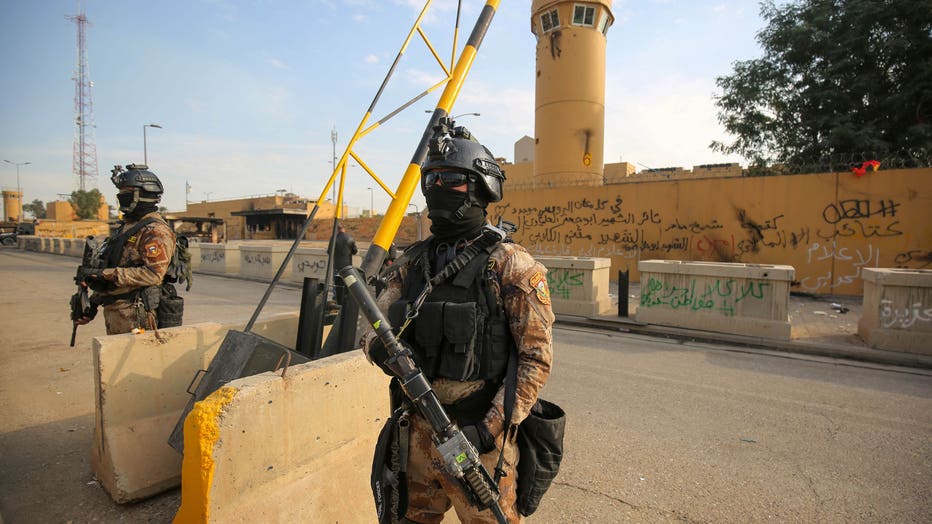 Iraqi counter-terrorism forces stand guard in front of the U.S. embassy in Baghdad on Jan. 2, 2020. (Photo by AHMAD AL-RUBAYE/AFP via Getty Images)