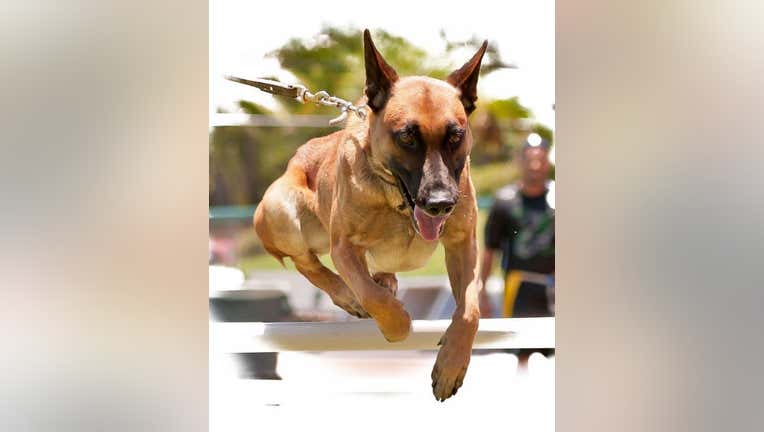 ST. PETERSBURG, Fla. - St. Petersburg police are mourning the loss of one of their former K9 officers.

In a Facebook post, the agency said K9 Justice passed away Wednesday. He was "known for his crazy. Just like his partner, Officer Regan." Both had a lot of energy, making them the ideal K9 team.

Justice, they said, was Regan's first K9 partner. They trained for months and worked together from 2011 to 2014. Justice had to retire due to medical issues but lived in a "lap of luxury for the rest of his life with his loving family."

“Justice had a unique fondness of music. I am an avid guitar player and Justice was my number one fan. He would sit with me for hours while I played - he chewed on his beloved Kong toy like a maniac. When I would stop to take a break for a minute, he would nudge my left hand to push it back up toward the neck as if he was saying: "Hey, keep playing. More!” Sometimes, if he was really feeling the vibes, he would bark at me. As soon as I would start playing again he would spin right back around and chomp on his Kong. We were both happy there, together. Maybe it wasn't the guitar or music… He knew I was happy, so he was happy. But that was him. And that is what I will miss the most.”