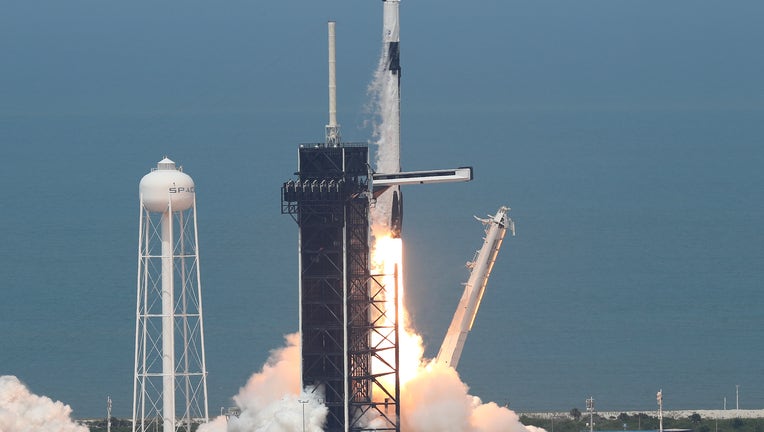 CAPE CANAVERAL, FLORIDA - MAY 30: The SpaceX Falcon 9 rocket with the manned Crew Dragon spacecraft attached takes off from launch pad 39A at the Kennedy Space Center on May 30, 2020 in Cape Canaveral, Florida. NASA astronauts Bob Behnken and Doug Hu

CAPE CANAVERAL, Fla. - SpaceX's planned launch of its next batch of Starlink satellites on a Falcon 9 rocket was scrubbed on Friday.

In a tweet, SpaceX said they were standing down because the team needed more time for pre-launch checkouts, "but Falcon 9 and the satellites are healthy."

The company will announce a new launch time once confirmed.

Once the rocket does launch, it will carry 57 Starlink satellites into orbit.

These will help establish low-cost internet to remote locations across the world.

SpaceX will specifically send a total of about 12,000 of the satellites into space.

So far, over 500 satellites have been launched during the missions.

SpaceX launched its first batch of 60 Starlink satellites on May 23, 2019.

This would be the 10th batch of satellites sent into orbit.