LAKE MARY, Fla. - SpaceX is now targeting Tuesday evening for the launch of the Eutelsat 10B mission, launching from Space Launch Complex 40 (SLC-40) at Cape Canaveral Space Force Station in Florida. Liftoff is targeted for 9:57 p.m. ET.  The Falcon 9 first-stage booster supporting this mission previously launched Telstar 18 VANTAGE, Iridium-8, and eight Starlink missions. You can watch the launches live in the player above.

The rocket was supposed to launch on Monday evening, but SpaceX tweeted just before 9 p.m. that it would be standing down "to allow for additional pre-flight checkouts." Weather is currently 10% favorable for a launch.

The FOX 35 Storm Team is declaring Tuesday a Weather Impact Day with the potential for torrential rain and flooding across Central Florida.  Much of the activity will be over the Space Coast, extending west into Osceola County. 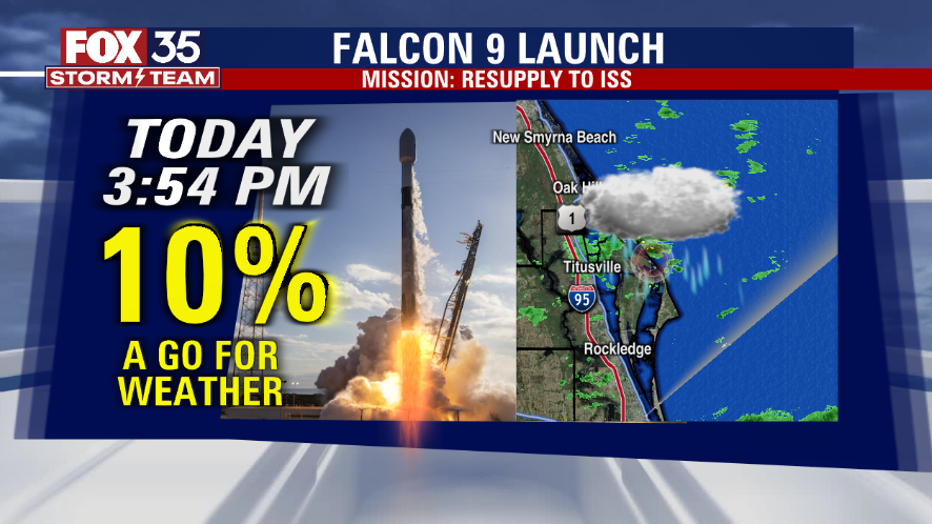 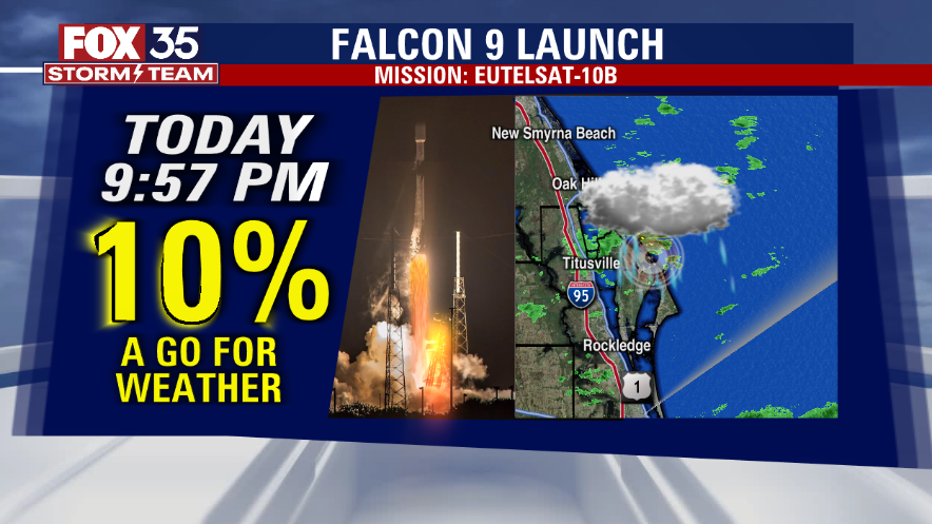 The Eutelsat 10B would be the second launch of the day for SpaceX.  A Falcon 9 rocket is scheduled to launch a Cargo Dragon spacecraft on Tuesday afternoon at 3:54 p.m. from Launch Complex 39A at NASA's Kennedy Space Center. A backup launch opportunity is available on Saturday, November 26 at 2:20 p.m. ET, pending range approval.

The launch will mark the 26th cargo resupply mission to the ISS by Elon Musk's company for the space agency.

The primary weather concerns are the Thick Cloud Layers Rule, the Cumulus Cloud Rule, and the Disturbed Weather Rule.

FOXWeather.com contributed to this report.