Miami stylist gives free makeovers to the homeless for the holidays

Even without the snow, one barbershop owner in Miami is feeling the spirit of Christmas in the Sunshine State by giving back to those in need.

MIAMI - A hairstylist in Miami is in the spirit of giving for the holidays by offering free haircuts to the homeless for Christmas.

Elena Linares owns RAZZLEDAZZLE, a barbershop chain in Miami. She started by offering holiday haircuts for the homeless, and it's now grown to a monthly endeavor.

Each month, she sets up a monthly pop-up shop inside Camillus House, a shelter near downtown Miami. She says they give nearly 70 haircuts a month for free.

"We get a lot of guys so grateful because they don't have the money to pay for a haircut," Linares said. "The greatest gift that we can give another human being is helping them when they are down."

Linares says it's her way of paying it forward. Though she's a successful entrepreneur now, she was once homeless herself. 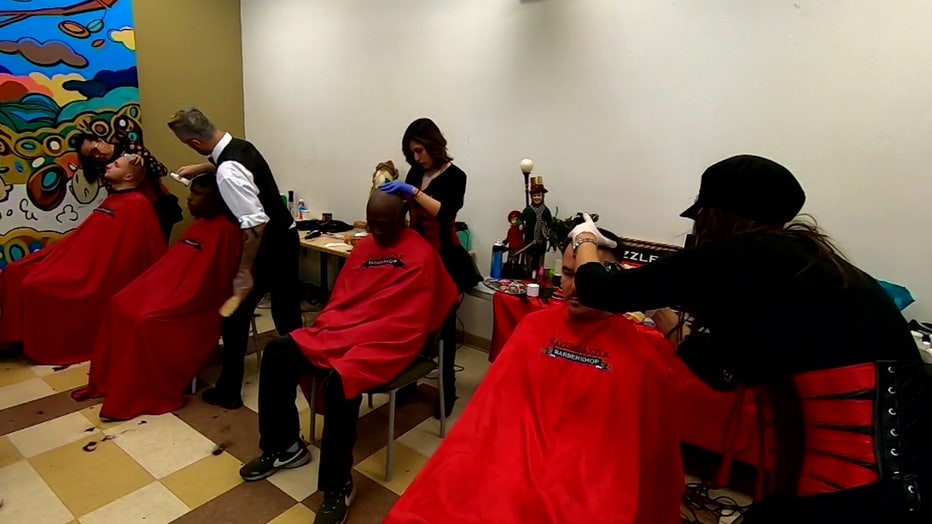 In 1983, she was living in New York with her abusive husband.

“I used to sleep with one eye open and one eye closed. I was terrified of him," she told WSVN. “I found out I was pregnant when he kicked me in the back. I ended up in the emergency room, and the doctor told me, ‘You have a 50-50 chance of losing your child.'”

Linares fled New York with a single suitcase and her baby. She ended up at a domestic violence shelter in South Florida.

“And I am so grateful that I ended up in that shelter because had I not been in that shelter, I would have been underneath a bridge somewhere with my son," Linares said.

Her holiday haircuts are her small way of giving back, but they mean everything to those that benefit from them.

Another added, "I feel nicer, I feel like I am part of this community now. It felt like a Christmas gift to me."