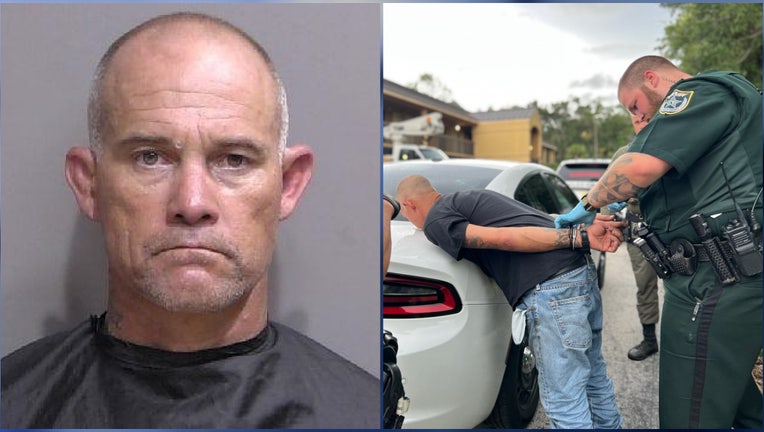 PALM COAST, Fla. - A man who was wanted for his alleged role in a DUI crash that killed two people last year in South Carolina was found at a Florida motel Monday evening, deputies said.

Randall Thomas Howard, 46, of South Carolina, was arrested at the Econo Lodge motel in Palm Coast on Kingswood Drive at 5 p.m. by the Flagler County Sheriff's Office (FCSO) along with several other units working with the United States Marshals Service, a press release stated.

Howard was allegedly staying at the motel while working locally for a high-speed internet company. Howard reportedly used another person's South Carolina beginner's permit to check into the motel, according to a charging affidavit.

He is now being held at the Flagler County jail on two felony counts of driving under the influence resulting in death following the May 13, 2021 incident in Calhoun County, SC.

Deputies said Howard took meth and amphetamines before driving on an interstate, running off the road, then smashing into a large box truck parked in the emergency lane.

Howard also faces two additional felony charges after deputies found 4.7 grams of crystal meth in his shirt pocket on the scene and 0.8 grams of a green leafy substance while being processed at the jail.