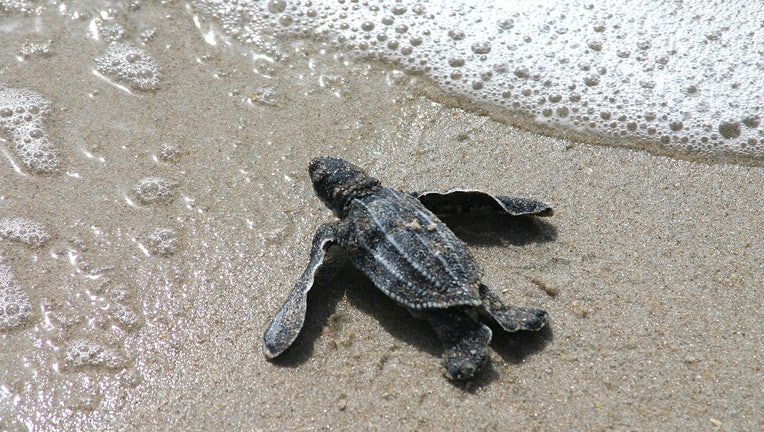 FORT LAUDERDALE, Fla. - Biologists were taken by surprise by a record number of leatherback turtle nests found along some South Florida beaches this year.

The 79 nests laid by endangered turtles along beaches in Broward County this year is nearly double the previous record, the South Florida SunSentinel reported. The previous record was 46 in 2012, and the record low for leatherback nests was 12 in 2017.

RELATED: Sea turtle released back into ocean after time at Florida rehabilitation facility

"It’s difficult to say why Broward County saw such an increase in leatherback nesting this season," Stephanie Kedzuf, a biologist for Broward County who specializes in sea turtles, told the newspaper.

Kedzuf said she will be curious to see whether other areas in the state saw a similar increase.

Leatherbacks, named for their tough, rubbery skin, typically crawl onto beaches at night and dig holes to deposit their eggs in the sand. They are among the largest of sea turtles.