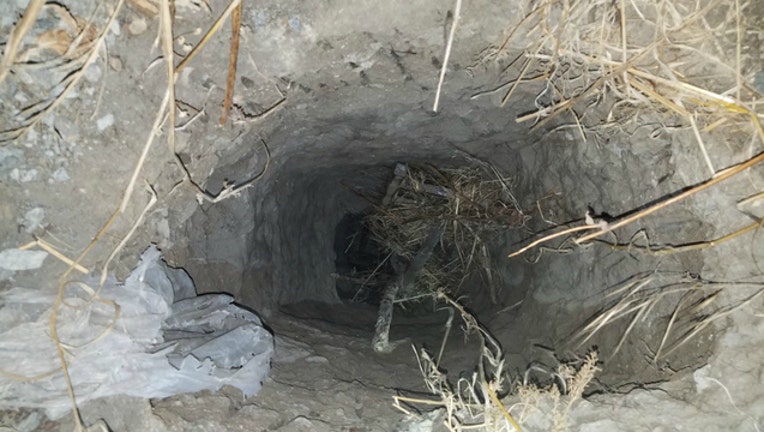 SAN DIEGO (AP) - Authorities in California say they have found a smuggling tunnel that carried dozens of people across the border from Mexico into the United States.

Border Patrol agents discovered the crude tunnel described as a hole in the ground with a ladder inside it shortly after 1 a.m. Saturday near San Diego's Otay Mesa border crossing.

The San Diego Union-Tribune says agents saw a group of men and women in the street who ran when the agents approached. Some people tried to get back into the tunnel.

Authorities say the tunnel may be an extension of an incomplete tunnel previously discovered by Mexican authorities.