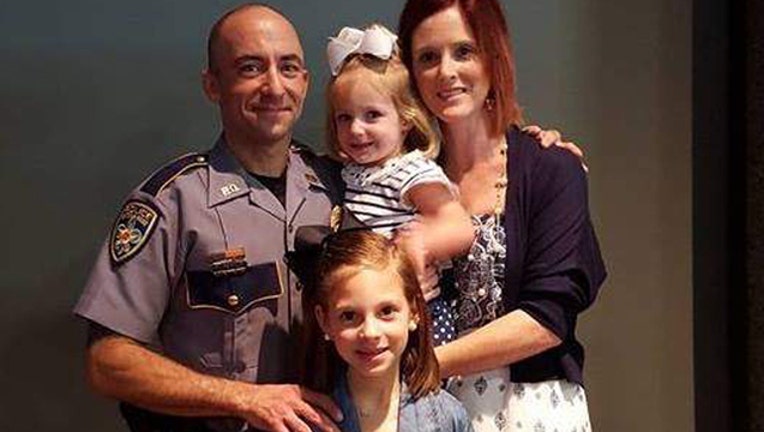 The wife of a fallen Baton Rouge police officer learned she was carrying his child just two weeks after he was killed in an ambush attack.

Dechia Gerald told WAFB that her baby will be a “wonderful and constant reminder” of her late husband, Officer Matthew Gerald. She's sad that he will never get to meet his child, but believes the baby is a gift that he left behind.

Officer Gerald was one of the three officers fatally shot on July 17 by 29-year-old Gavin Long. Long was a former Marine who was allegedly upset about the way police threat African Americans. He had also visited Dallas after its deadly attack on police and posted several online rants.

The officer’s widow told WAFB she likely conceived just five days before he was killed. He had a rare night off from working the Alton Sterling protests.

She got her first clue she might be expecting when she was trying on clothes for his funeral. Her 9-year-old daughter then suggested she was pregnant and about a week later her 3-year-old daughter made a comment about the baby Jesus said was growing in her tummy.

After tests confirmed their suspicions, she confided in her family and the wives of the other fallen officers.

"For the most part, it's a blessing. I mean obviously he left us a very special gift behind, but at the same time, all those days that I get overwhelmed, I ask how am I going to do this by myself without him," she told WAFB.

The baby is due in April.