If you drive along A1A in Daytona Beach Shores, you will see several help wanted signs outside hotels and resorts.

If you drive along A1A in Daytona Beach Shores, you will see several "help wanted' signs outside hotels and resorts.

Gray Brown is the owner of Sun Viking Lodge. He said it has been tough for the past four to six weeks as he tries to find help for the busy summer season.

"It’s been one of the worst years that I can remember in terms of trying to find employees," he said.

He’s down six employees, and although that doesn’t sound like much, he said it’s putting a strain on his current staff.

"My housekeeping staff is working numerous overtime hours and in the office, we’re running a lot of overtime there," he said.

He said he believes the shortage has been caused by a number of factors -- including more staff needed for a busier beach season compared to last year.

He also thinks the virus and stimulus checks are to blame. 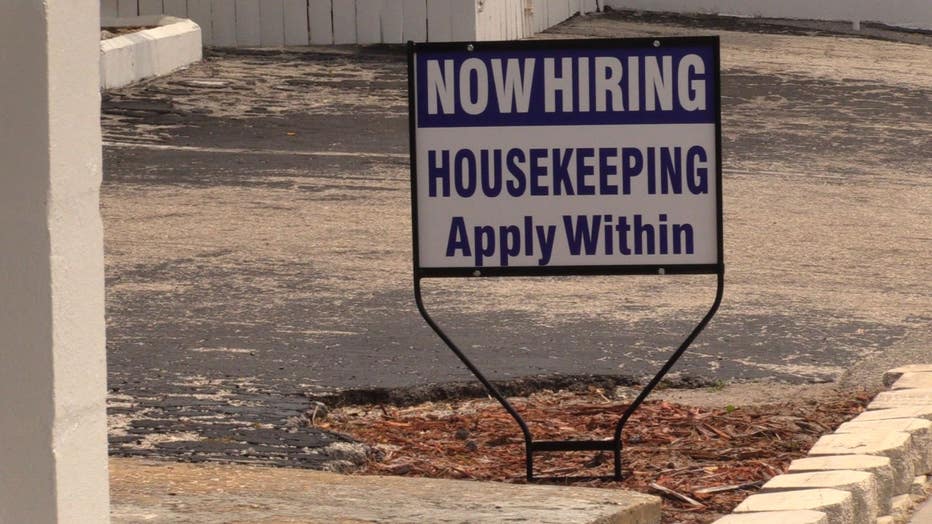 Abraham Pizam is a hospitality professor at the University of Central Florida. He said many hotel workers who were laid off or furloughed left for other jobs, leaving a smaller candidate pool.

He said the industry will stabilize when they return. Many, like Brown, want to know when this shortage will end.

"If everything continues normally, and there is a reduction in the infections, then my estimate is it will take more or less a year to recover from that," said Pizam.