During an afternoon press conference, Montgomery County Fire and Rescue Services Chief Scott Goldstein said there are several "unaccounted for" tenants firefighters are searching for.

SILVER SPRING, Md. - UPDATE: During an afternoon press conference, Montgomery County Fire and Rescue Services Chief Scott Goldstein said there are several tenants "unaccounted for." Officials do not have an exact number of how many people are missing. The search will continue through the night.

Montgomery County Fire and Rescue Services Spokesperson Pete Piringer said security fencing is being placed around the perimeter, and three buildings have been deemed unsafe to occupy. Three people have potential life-threatening injuries.

Authorities say 11 people have been transported after an explosion and fire led to a structural collapse that destroyed part of an apartment complex in Silver Spring Thursday morning.

The fire was reported around 10:30 a.m. at the four-story Friendly Garden Apartments on Lyttonsville Road.

FOX 5’s Stephanie Ramirez talked with many neighbors and witnesses near the Friendly Garden apartment complex.

At a briefing on the scene, Montgomery County officials said at least ten people had been hospitalized with both critical and less severe injuries. The cause of the fire has not yet been determined, they said.

A neighbor shot this video the moment an explosion occurred at a Silver Spring apartment building. (Courtesy Amrit Gautam)

Ten people were transported to the hospital after an explosion at a Silver Spring apartment building, officials say. 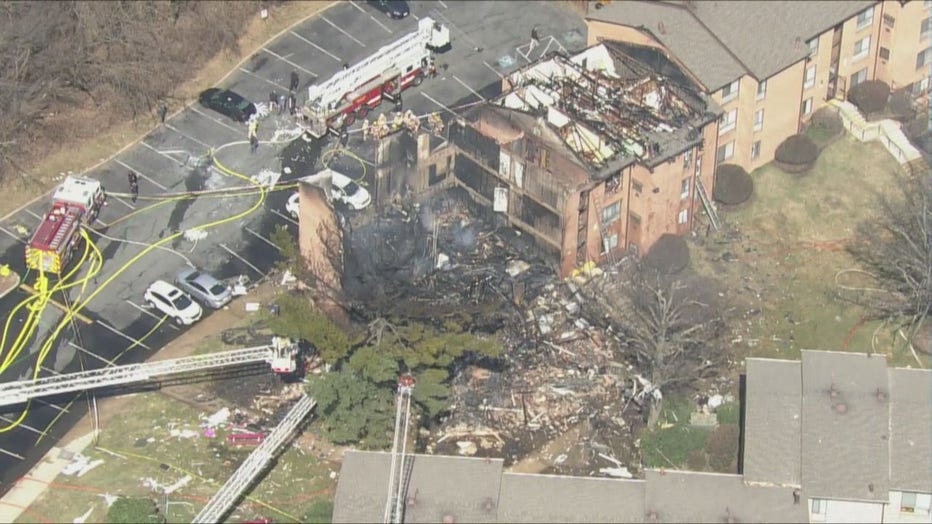 Montgomery County Fire and Rescue Services Spokesperson Pete Piringer said at this time no known fatalities have been reported.

The complex consists of multiple buildings, all of which have been evacuated. Officials say a secondary search of all adjacent buildings is being conducted to ensure no one is trapped. Between 120 and 150 firefighters are on the scene. Utility crews are also at the apartment complex at this time.

A clear look at the damage after a fire and explosion led to a structural collapse at an apartment complex in Silver Spring Thursday morning.

Councilmember Hans Reimer talks with FOX 5 DC about the investigation into the cause of the Silver Spring apartment explosion.

Montgomery County Executive Marc Elrich called the situation "flat out depressing" at a briefing this afternoon. Buses have arrived to the scene to help shelter those who have been evacuated from the buildings. Drivers can expect road closures to remain in place through the afternoon while crews investigate.

Black smoke could be seen billowing from the apartment complex for miles as firefighters first responded to the blaze. Residents who were there when the explosion happened spoke with FOX 5 and described feeling what felt like an earthquake just as the blast and fire erupted.

SKYFOX aerials showed major damage to sections of the complex including the roof and outer walls --some being completely destroyed. Unconfirmed reports from some residents say gas crews were working in the area prior to the explosion and fire.

In 2016, an explosion at the Flower Branch Apartments in Silver Spring killed seven people, including two children, and left many more injured.

Residents at Flower Branch said they reported smelling natural gas in the weeks that led up to that explosion.

After an investigation, officials say a mercury service regulator that was not connected to its vent line was the source of a gas leak that led to that deadly incident.

Silver Spring explosion: Residents describe what felt like an explosion

Many residents describe the blast at a four-story residential apartment building in Silver Spring as feeling like an explosion.

Many residents describe the blast at a four-story residential apartment building in Silver Spring as feeling like an explosion. 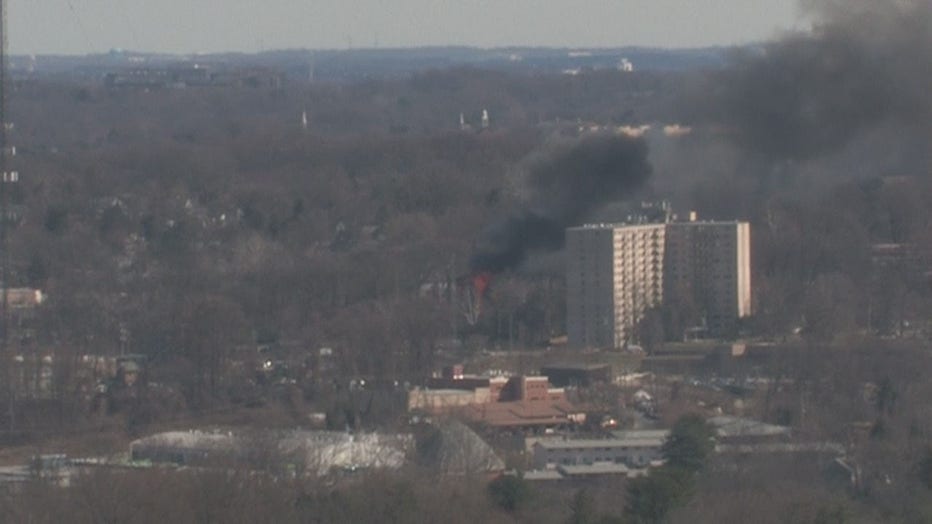