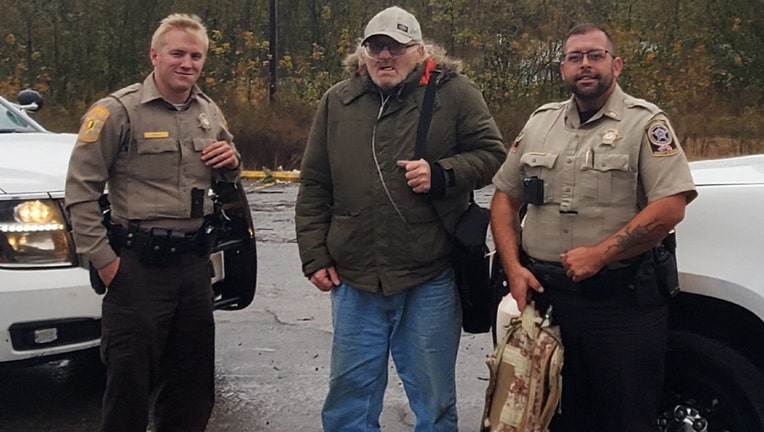 FOLEY, Ala. - Alabama sheriff’s deputies came across a disabled veteran of the Gulf War who was carrying an oxygen tank while walking to a doctor’s office about 100 miles away and sprung into action, forming a relay across county lines to get the man to his appointment.

Last Wednesday, a Walker County Sheriff’s Office deputy “came across a man walking down the road with an oxygen tank and learned he is a disabled American veteran trying to walk/hitchhike from the Jasper area to Huntsville for a doctor appointment he was told he could not miss,” according to Facebook post from the Morgan County Sheriff’s Office.

Gerald Baldwin did not have another way to get to his appointment, so he began walking, the post said. The deputies then quickly stepped in to assist the veteran.

The next day, the deputies escorted Baldwin back home.

“After an overnight stay, we were happy to do it all again today..... in reverse to help get the man back home,” the post said.

“We are thankful for our veterans and were honored to play a small role in supporting this man who gave a great deal for our country,” the post said.

Baldwin’s son Lance Baldwin, who lives in Pennsylvania, had lost touch with his father for several years, WAFF-TV reported. He then saw the sheriff office’s Facebook post and recognized the disabled veteran to be his father.

“I’ve read that post a dozen times over and over again. I still can’t believe they went as far as they did to get him where he needed to be, and then to do it again in reverse to take him back home,” the son told the station. “Even more now, after seeing that post and seeing him, I will probably do that here this weekend, is reach out to him.”