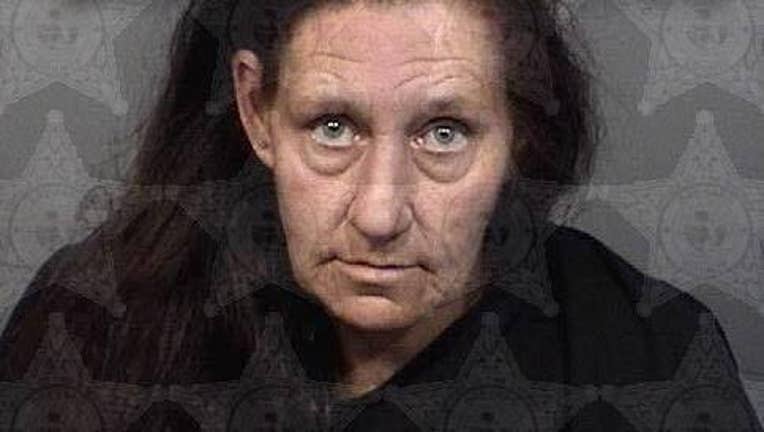 BREVARD COUNTY, Fla. - A Brevard County woman has been arrested after deputies say she left her two dogs, Baby and Lucky, in the back of a U-Haul truck for four days where they died.

Eugena Marie Blake was arrested this week on felony charges of Animal Cruelty.

According to the Brevard County Sheriff's Office, Blake left the dogs locked in crates in the U-Haul after she was evicted from her apartment. She was using the U-Haul to move her stuff to a friend's apartment.

Deputies say the dogs were left in the truck for four days as temperatures reached 91-degrees at times. They say after the dogs died, Blake paid an acquaintance $20 to clean out the truck and dispose of the dog's bodies.

"The remains of the two dogs were discovered days later, actually still in their cages by a homeless citizen who contacted law enforcement," the sheriff's office said.

Authorities say Blake confessed to the crime and was arrested. She is also charged with violation of probation from previous criminal charges.

"Blake will be sitting in our jail which is exactly where she belongs!" Sheriff Wayne Ivey said. "This case absolutely disgusts me as there was no need for these two dogs to suffer and die at the hands of someone they trusted to take care of them!"