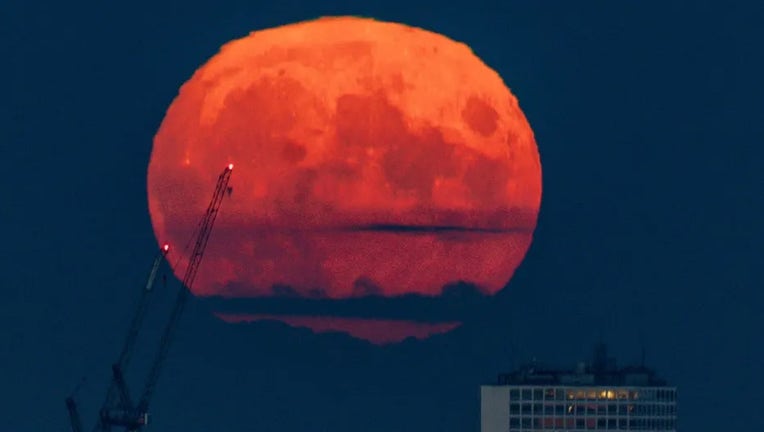 The next full moon is the harvest moon.

Stargazers can see it, appearing opposite the sun in Earth-based longitude, at 5:59 a.m. ET on Saturday morning.

This will be on Friday evening from Hawaii's time zone and westward to the International Date Line.

NASA said the moon would appear full for about three days from Thursday evening through Sunday morning.

This full moon is also called the barley moon, the corn moon, the mid-autumn and mooncake.

The barley moon comes from the harvesting and threshing of barley. The harvest moon is the full moon closest to the autumnal equinox.

Another European name is the fruit moon, as a number of fruits ripen at the end of the summer. 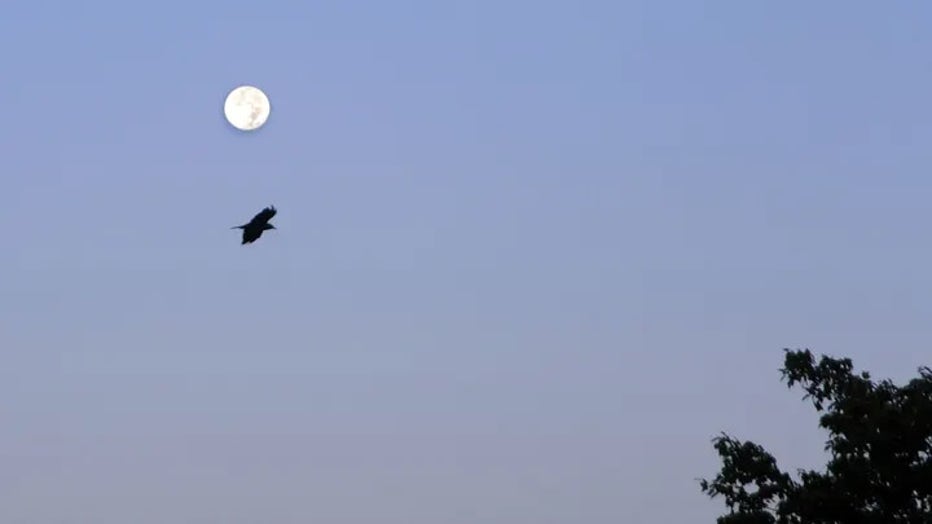 According to the Maine Farmer's Almanac, the Algonquin tribes in what is now the northeastern U.S. called this the corn moon, as this was the time for gathering their crops of corn, pumpkins, squash, beans and wild rice.

Newer names for the full moon – the GRAIL moon and the LADEE moon – are based on two lunar robotic missions launched in September.

While, on average, the moon rises about 50 minutes later each night, the time is shorter around the harvest moon.

During the fall harvest season, farmers sometimes need to work late into the night by moonlight.

This moon corresponds with the Mid-Autumn Festival, Chuseok, the first of the two Japanese Tsukimi festivals, the Honey Full Moon Festival and the start of Pitru Paksha.

LINK: GET MORE ON THIS STORY FROM FOXNEWS.COM