The Seminole County Fire Department says golf carts and other low-emission vehicles are becoming more popular in Central Florida but they are also causing a fire concern.

OVIEDO, Fla. - The Seminole County Fire Department says golf carts and other low-emission vehicles are becoming more popular in Central Florida but they are also causing a fire concern.

"The big problem we are worried about with hydrogen gas is the explosiveness of the hydrogen gas it has a wide flammable range," said Lt. Todd Zellers of the agency's special hazards team.

In the last three months the department has received three calls of carbon monoxide alarms going of but in reality, he says, the alarms were picking up hydrogen gas caused by overcharged batteries.

"We go there in time. We were able to isolate it to the golf cart in the garage on all three events and get the battery unplugged," said Zellers.

Hydrogen gas isn't as toxic as carbon monoxide but could cause fire and explosions. The biggest problem is people charging golf carts and even oversized lawnmowers inside the garage. 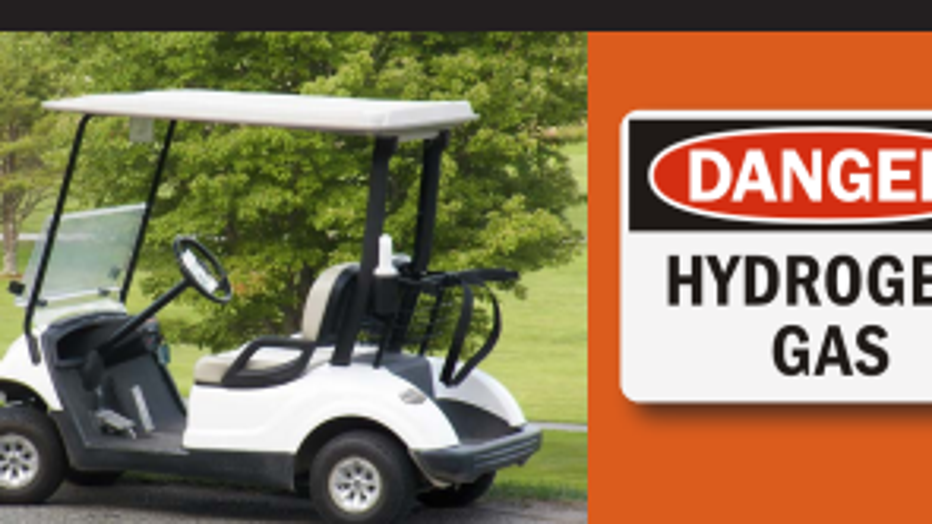 "With the older type models, the battery chargers don’t shut off. They charge constantly throughout the night and that can overheat the batteries and overheat the charger," said Jim Greer. He has both an older model and a newer model golf cart he uses to take his family camping.

He says most people have the old battery that can’t just be left alone.

"I so often see people put their cart in their garages, where they stick the charger all night long the charger is hot, the battery has been overheated."

This warning isn’t just for people with golf carts. Even items that lithium batteries that don’t produce the gas could still overheat and explode.

"Especially with the upcoming Christmas season were gonna see the hoverboards and remote operated vehicles, the cars, and such those batteries present just a big a problem," said Zellers.

Fire officials say keep an eye on smaller items charging inside. Bigger vehicles, like golf carts, should always be charged outside.