A Seminole County sheriff's deputy shot and killed a family pet while responding to a call a home this summer.

APOPKA, Fla. - An Apopka family is now suing the Seminole County Sheriff's Office after a deputy shot their dog. The Sheriff's Office said the deputy's actions were justified, but the family disagrees.

According to the Seminole County Sheriff's Office, in July, deputies were called to Tarek Brown's house after his daughter called 911 saying he and her mom were arguing. When they arrived, deputies knocked on the door. Brown answered within 20 seconds and five seconds after that shots were fired in the backyard.

"As I’m speaking to them I hear shots, like six shots that go off," Brown said.

You can see in body camera video, while deputies were at the front door, another deputy unlocked the back fence and went into the backyard. When the deputy turned the corner, Brown's dog Legend ran toward the deputy. The deputy then shot at the dog about seven times and Legend ran away.

In the body camera video, the deputy is heard calling his supervisor to report what happened.

"I went in the backyard because they were fighting and the dog ran at me so I shot it," the deputy said. "I’m good. Just shaken. I feel really bad." 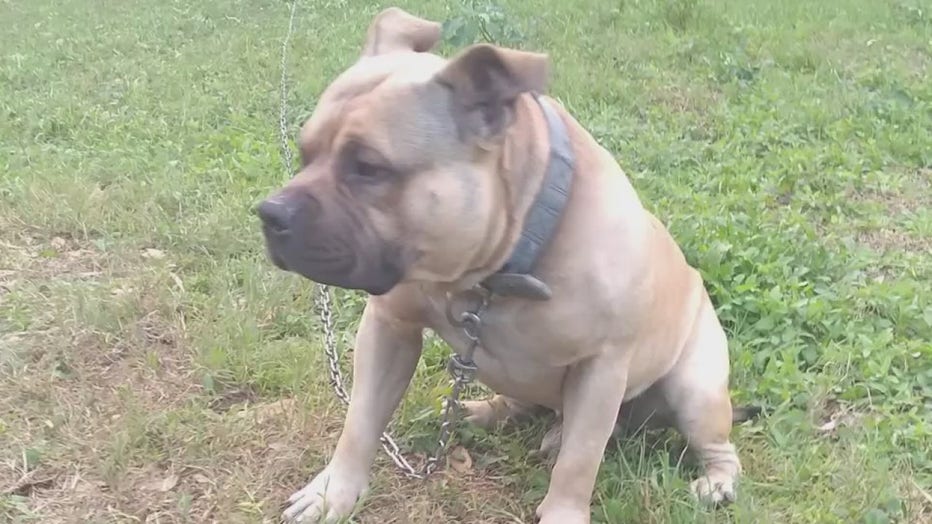 Brown said it was several minutes before his dog got help. According to the Sheriff's Office, another deputy initially told Brown his dog was not shot. The investigation report says, "At the time of her statement, the canine had retreated and did not display any clear and obvious injury from Mattingly's position to suggest the canine was struck by rounds fired by Davis."

When Brown went to check on his dog, he says he was laying in the yard. Legend was hit in the stomach and chest. His other dog Sammy was OK.

"I just see that he has a hole and the blood is just shooting out of his chest," said Brown. "So the whole time he was dying."

Brown and his wife took Legend to the Emergency Veterinarian, but the dog died on the drive over.

An investigation determined that the deputy's actions were in compliance with the requirements to use lethal force. It also found the deputy could lawfully go in the backyard because of the yelling they heard from inside the house when arriving.

Brown argues that he answered the door quickly and there was no need for the deputy to go into the backyard or shoot their dog, which is why they've filed a lawsuit against the three deputies involved and Seminole County Sheriff's Office.

"Sometimes I wake up and I’m looking for him still. And, I just see Sammy. I don’t see Legend," said Brown. "It’s difficult."