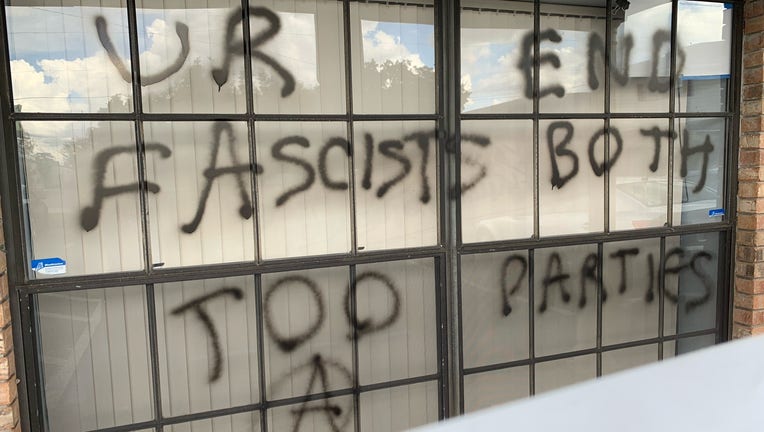 SEMINOLE COUNTY, Fla. - Officers in Longwood are investigating after volunteers found the office of the Seminole County Democratic Party had been vandalized on Sunday.

Photos shared with FOX 35 News appear to show an anti-Semitic word spray-painted in black on the windows of the office, and a message calling the political committee "fascists."

A Seminole County Republican Party banner was also reportedly hung in front of the office, with the word "Nazi" written across the front side, while the backside was plastered with a "Free Palestine" message, according to Lynn Moira Dictor, chair of the organization. 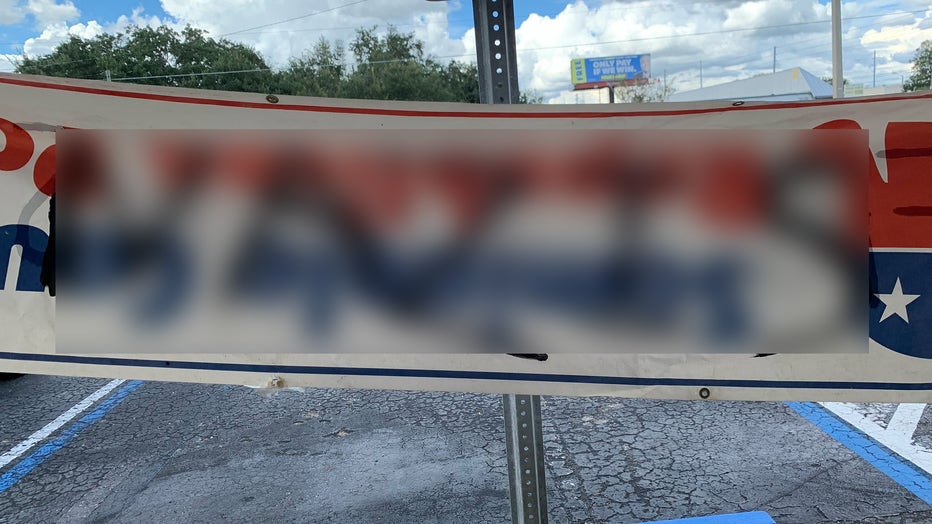 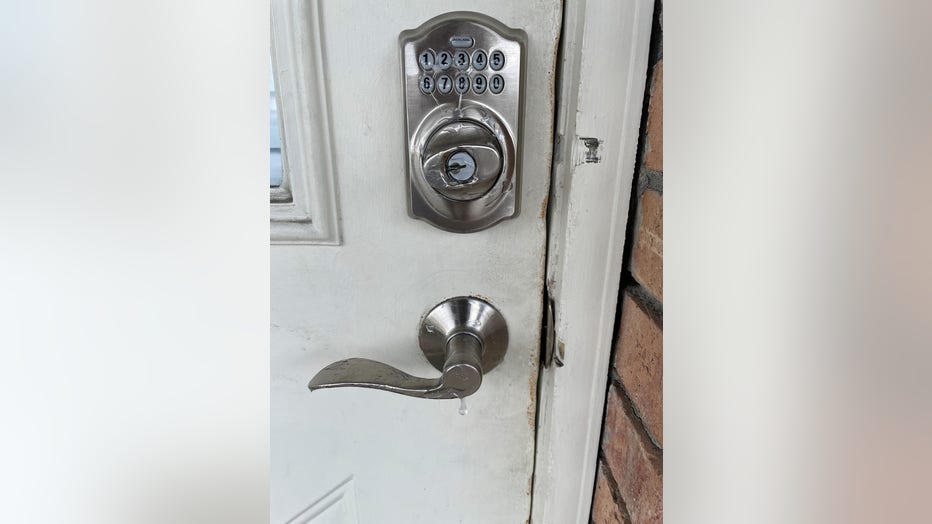 "I do not think it is a coincidence that the word NAZI was scrawled on the banner, considering that the chair and vice chair of the SemDems are both Jewish," Dictor said in a statement, who added that "anti-Semitism is unacceptable in any form." 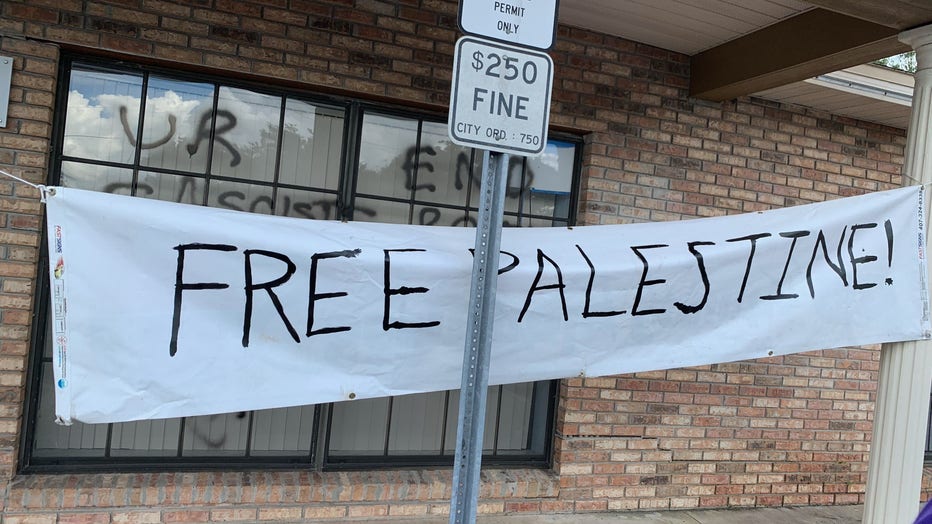 The Seminole County Republican headquarters, was also defaced with a similar message less than a month ago.

"The attack on our office is eerily alike to the one at the local GOP several weeks ago," Dictor said in a statement. "Vandalizing our SemDems office, where we are trying to protect democracy for all citizens, regardless of religion, race, or country of origin, is reprehensible," Dictor added.