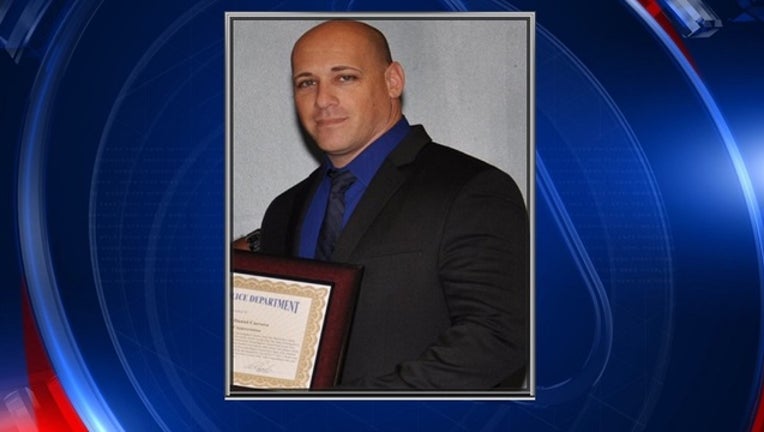 OSCEOLA COUNTY, Fla. (WOFL FOX 35) - The Osceola County Sheriff's Office has confirmed the death of a Seminole County deputy in what it's investigating as a murder-suicide.

Deputies spoke with a store employee who said they found two people dead in a car behind the gas station.

Carrero was given an award by Sanford Police Chief Cecil Smith in July 2015 for helping the department catch a burglar.