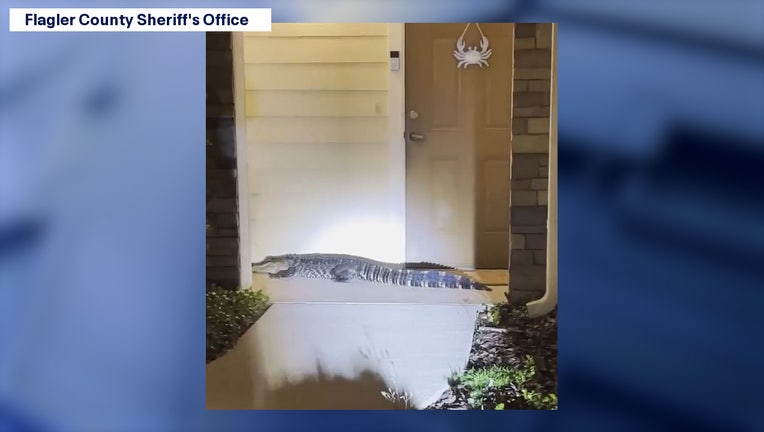 The Flagler County Sheriff's Office shared a video on social media of a gator deputies found at the doorstep of the Florida home. Photo via screengrab of video shared by the sheriff's office.

FLAGLER COUNTY, Fla. - Deputies were called out to a Florida home Sunday night to remove an unwanted guest – an alligator.

The Flagler County Sheriff's Office said its deputies responded to the neighborhood after receiving a call about an "animal problem."

When they arrived, deputies said they found a gator at a doorstep of a home.

With the help of Florida Fish and Wildlife Conversation officers, deputies were able to take him away.

The sheriff's office shared a video of the gator on social media: