SEATTLE - For the second time this month, a new southern resident orca calf has been spotted with the J-Pod in the Salish Sea. 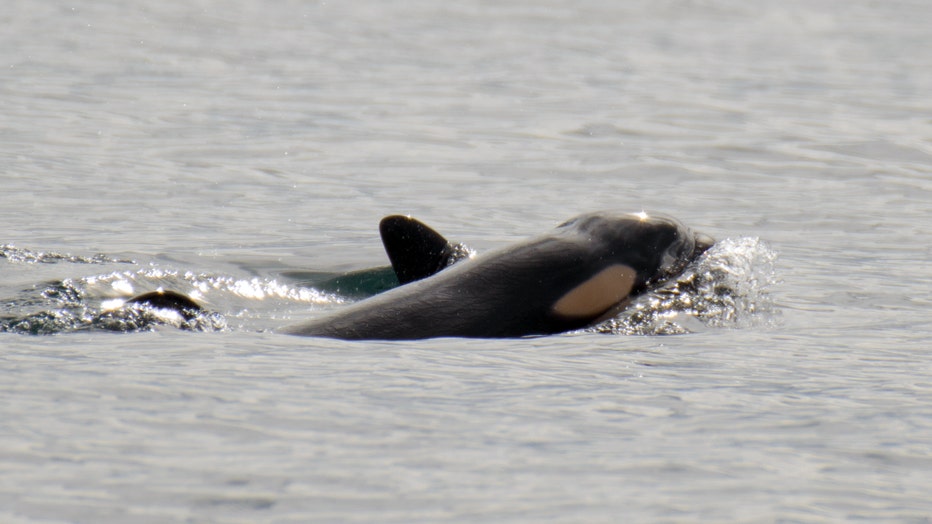 Researchers are optimistic about the recent births.

"We're very pleased to see that J41 has had her baby," said founder and executive director of the Center for Whale Research Ken Balcomb, "however, it's too soon to determine the status of the calf, and further observations are necessary before we'll make an announcement of the new baby's health."

RELATED: It's a boy! Newest southern resident orca calf is a 'feisty' one

"She was aiding the baby up for a few breaths with her rostrum," said professional naturalist Leah Vanderwiel, "at which point the little one started surfacing on its own. It appeared to be a rambunctious little bundle of baby, as every surface was exaggerated and playful. We watched as they continued to head off southwest from Race Rocks." 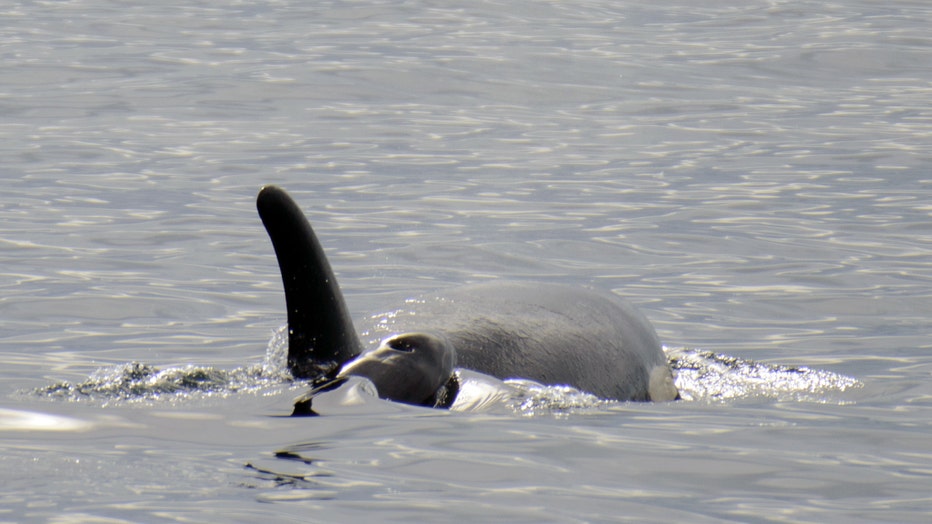 "It was an emotional time as we processed what was happening in front of us," said Vanderwiel. "It took a few minutes to realize what was actually happening, but then it was pure excitement realizing that it was a birth and the baby was very alive and boisterous."

Earlier this week, another new calf, J57, was seen Tuesday "rolling, spyhopping and swimming" alongside his mother, Tahlequah (J35), who was foraging for food near Point Roberts, Washington. 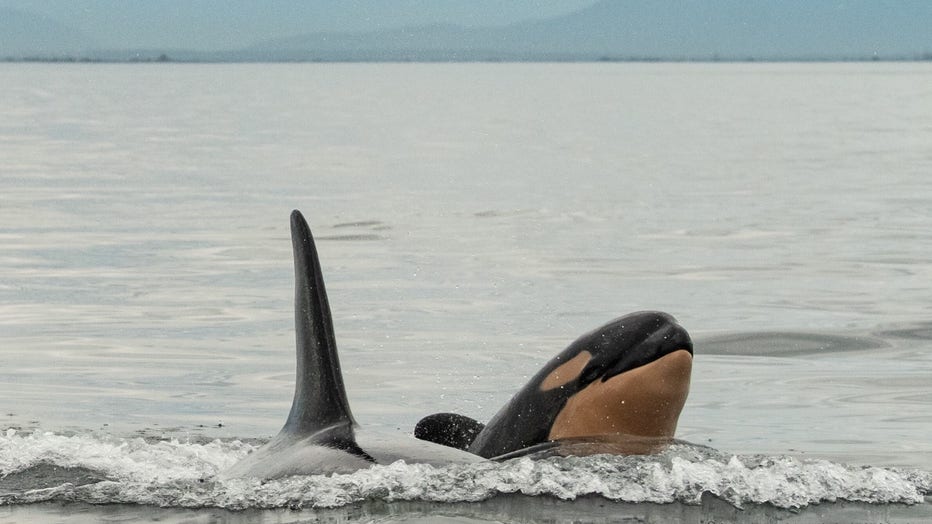 She also gave birth to a calf in 2018, but it died soon after and prompted Tahlequah's 17-day "tour of grief." Tahlequah carried her dead calf for 17 days before letting it go.

Researchers were hoping J57 was a female to help breed more southern resident orcas; the dwindling population is down to 73 whales, including the new calf.

"Regardless of gender, J57 is a very welcome addition. He is robust and appears healthy," researchers at the Center for Whale Research said.

Researchers announce Wednesday the newest member of the Jpod southern resident orcas is a boy.

The endangered orcas that return to the inland waters of Washington state every summer are genetically distinct from other killer whale populations around the world. They primarily eat salmon, rather than seals or other marine mammals.

This year, however, visits from the southern resident orca pods have been scarce in the Puget Sound.

The local orcas struggle with a lack of chinook salmon, their preferred prey, as well as toxic contamination and vessel noise.