FOX 35's David Martin got a front row seat to the thrills!

"Get ready for uncharted chills on the all-new Ice Breaker coaster!" SeaWorld announced in a press release. "The brand-new coaster will be located across from Wild Arctic and opens February 18, 2022." 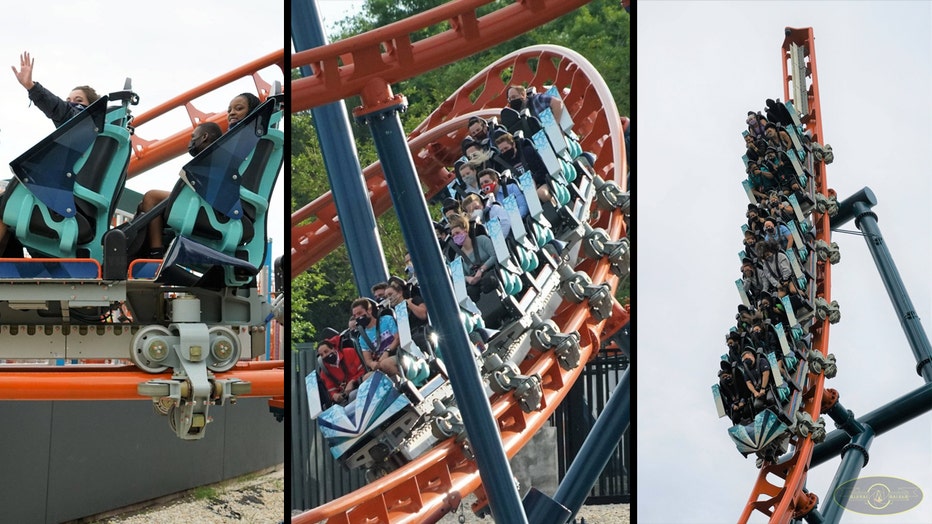 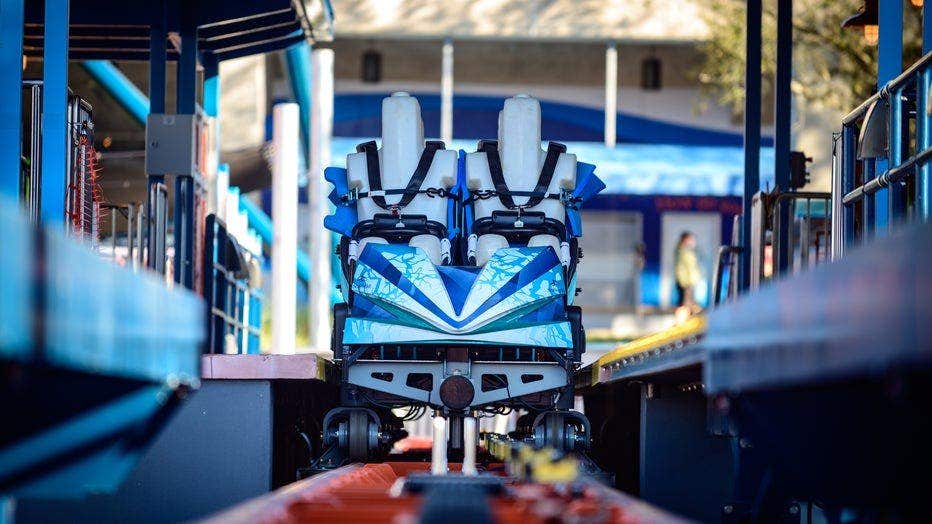 Named after the icy Arctic summits, Ice Breaker will feature four airtime filled launches, both backwards and forwards, culminating in a reverse launch into the steepest beyond vertical drop in Florida - a 93 feet tall spike with 100-degree angle, according to the theme park.

"The thrills continue as riders fly over a near vertical tophat maneuver into a series of exciting twists, turns, and airtime hills."

The wait is almost over: SeaWorld Orlando announced on Monday that its highly anticipated Ice Breaker roller coaster will open next month! (Credit: SeaWorld)

One of the more unique components of the ride isn't even on the ride itself, it's the queue.

"The pathways, in general, get really close to and even underneath of the roller coaster so you'll be able to get really interesting and unique views, whether you’re on the ride or not," said Vice President of Design and Engineering Brian Andrelczyk.

With that said, Andrelczyk previously described the ride as a "moderate" thrill, telling FOX 35 that, "it’s not so much that it’s going to scare off the younger folks."