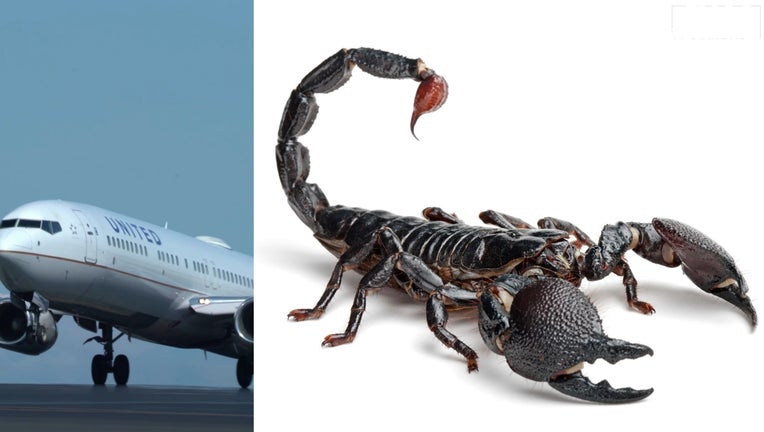 The passenger on Flight 1554 told TMZ that she felt stinging on her leg and when she went to the restroom, a scorpion fell out of her pant leg. Flight attendants were able to trap the arachnid, the passenger told TMZ.

The flight crew immediately contacted a physician on the ground to provide guidance, according to a statement from United Airlines.

Medical personnel met the flight when in landed in Atlanta and the passenger was taken to a hospital.

Airline officials are investigating how the scorpion came to be on the plane.

"We have been in contact with our customer to ensure her well-being," according to the statement from United Airlines.