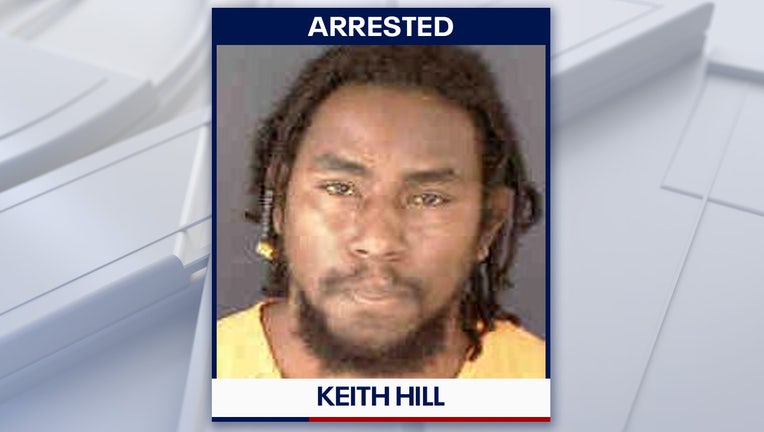 SARASOTA, Fla. - A Sarasota woman, suspicious that her boyfriend was cheating on her, checked his phone for evidence of infidelity and found something much worse, police say.

It was back in August when the woman, whom police did not name, allegedly found sexually explicit videos of an 8-year-old girl on Keith Hill’s phone.

"She took it upon herself to go through his phone and that’s when the suspect’s girlfriend found these disturbing videos," police spokesperson Genevieve Judge explained. That’s when we began our investigation."

Hill, 33, now faces a variety of charges, including 36 counts of possession of child pornography, three counts of lewd and lascivious molestation of a victim under 12, sexual performance of a child, and capital sexual battery. He’s also accused of trying to tamper with the case by contacting the victims’ families from jail.

"This is a horrific crime and unfortunately we have reason to believe there may be additional victims in this case," Judge continued.

Anyone with information on this case is asked to call Detective Megan Buck at 941-263-6067 or leave an anonymous tip with Crime Stoppers by calling 941-366-TIPS or online at www.sarasotacrimestoppers.com.

Judge called the case "heartbreaking" but said investigators were grateful that the woman came forward.

"Because that girlfriend decided to go through the phone, we’re thankful that it was then able to lead to an investigation and get these children to a safe place," she added.