Megan Grimes of Virginia said she likes to make costumes for her kids that push the limits.

LYNCHBURG, Va. - A Virginia mom pulled out all the stops for her daughter’s ugly Christmas sweater competition, complete with stockings hanging by the fire and Santa repelling down the chimney.

Megan Grimes, of Lynchburg, created the sweater for her 8-year-old daughter, Layla, to wear at her dance company’s competition.

In a video posted to Facebook on Dec. 12, Layla can be seen modelling her mom’s genius creation to the tune of “Jingle Bells.” The fireplace sweater is complete with decorations on the mantle, six stockings and Santa appearing down the chimney with the pull of a cord. 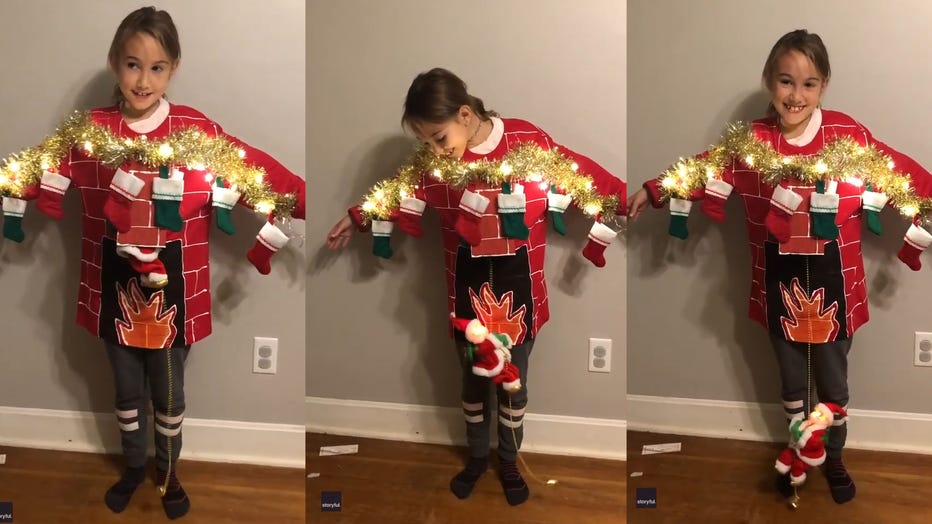 Grimes, who said she loves to make costumes for her kids that “push the limits,” came up with the idea after her daughter said Santa “had to appear” on the sweater. She added that Layla approved “every step of the process.”

“I cannot believe it actually worked or came out as good as it did,” Grimes said.

Since being posted, the video has been shared more than 6,000 times.