There might have been a record set for the most Buffalo Bills jerseys in Sanford’s City Commission meeting on Monday night.

SaNFORD, Fla. - There might have been a record set for the most Buffalo Bills jerseys in Sanford’s City Commission meeting on Monday night.

Hometown hero Gabriel Davis was handed a key to the city to honor him for his record-setting performance in the Bills’ divisional game against Kansas City where he scored four touchdowns.

January 23 of 2023, the anniversary of the game, will be Gabriel Davis Day in Sanford.

"It means a lot to me," Davis said. "I just want to be a motivation to the youth and be able to encourage them to live out their dreams and do what they can do." 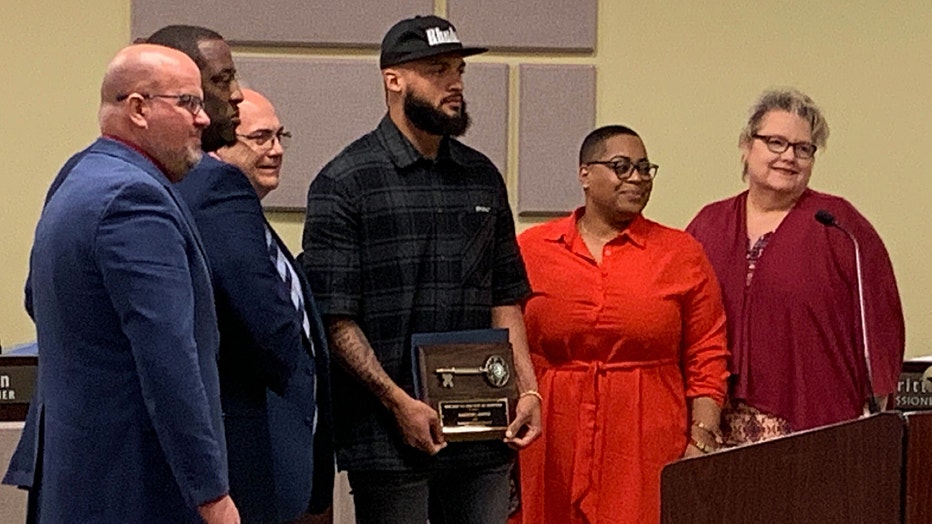 Davis played football at Seminole High School and at UCF before getting drafted to the Bills in the fourth round in 2020. He was also honored for his support of his hometown, donating to his high school football program and providing Thanksgiving meals to first responders.

With local kids showing up to city hall in his jersey, Davis gave his advice.

"Don’t point the finger at anybody when it comes to your dreams and why you’re not where you’re supposed to be," Davis said. "As long as you put that all on yourself, I feel like you’ll always be successful." 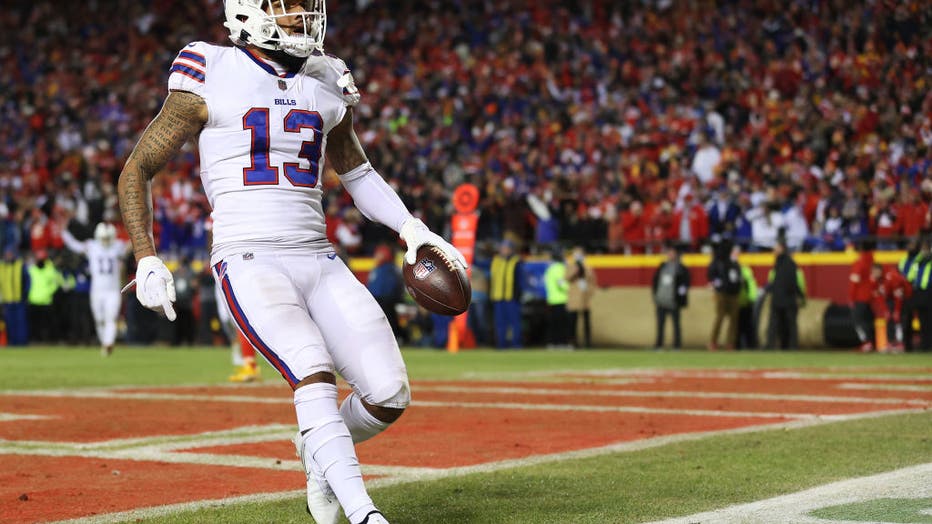 KANSAS CITY, MISSOURI - JANUARY 23: Gabriel Davis #13 of the Buffalo Bills celebrates after scoring a 75 yard touchdown against the Kansas City Chiefs during the fourth quarter in the AFC Divisional Playoff game at Arrowhead Stadium on January 23, 20

Obviously, Davis wishes he and the Bills won that record-setting game and made it to the big game Sunday night, but he told FOX 35 News he hopes next year will be their year and that he’s happy for the L.A. Rams.