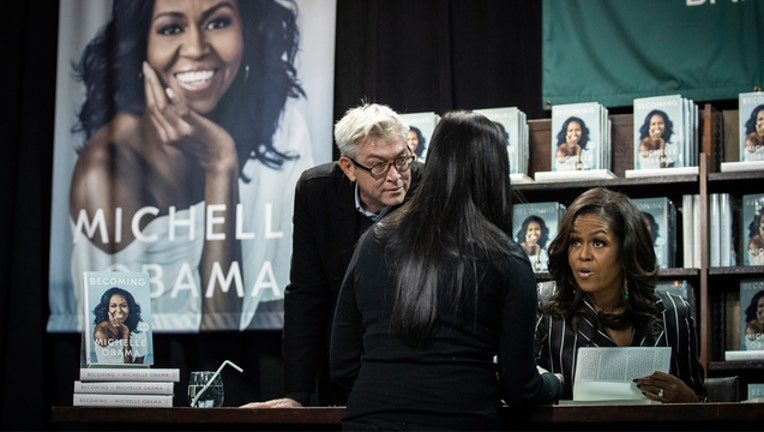 NEW YORK (AP) - Sales for Michelle Obama's memoir have topped 3 million and the former first lady is extending her book tour into 2019.

"Becoming," published four weeks ago, is among the fastest-selling nonfiction books in history and already among the best-selling political memoirs of all time.

Live Nation and Crown Publishing announced Tuesday that Obama will have 21 events next year, six of them in Europe.

She has been appearing at such arenas as New York City's Barclays Center and Chicago's United Center, with guest interviewers including Oprah Winfrey and Reese Witherspoon.

Her tour is now scheduled to end May 12 at the Ryman Auditorium in Nashville, Tennessee.