Riders at NC amusement park get stuck on roller coaster

"On Friday, April 29, Flying Cobras, located in County Fair at Carowinds, had an unexpected ride stoppage on the lift" park officials said in a statement to FOX Television Stations. "The park’s maintenance team responded quickly, and at no time were guests in danger. All guests were returned safely to the station and unloaded within 30 minutes. The safety and security of our guests and associates is Carowinds’ top priority."

Officials did not make it immediately known why the ride got stuck.

"My very first experience at a theme park on a roller coaster," Brandon Allen, one of the riders, told Queen City News. "And I got stuck."

A close-up look at The Flying Cobras

A first-person look at the roller coaster that left riders stuck at the Carowinds amusement park in North Carolina on April 29. (Credit: Carowinds)

"I personally watched my tears fall from the sky," he added. "It was terrifying."

"We go to the very top where they’re backing you up, and he was doing a countdown," Allen continued. "He goes, ‘we are very sorry, but we are having technical difficulties,’ and we thought he was joking because of the surprise element or something."

According to the park’s website, rides are inspected and licensed by the North Carolina or South Carolina Department of Labor prior to opening. 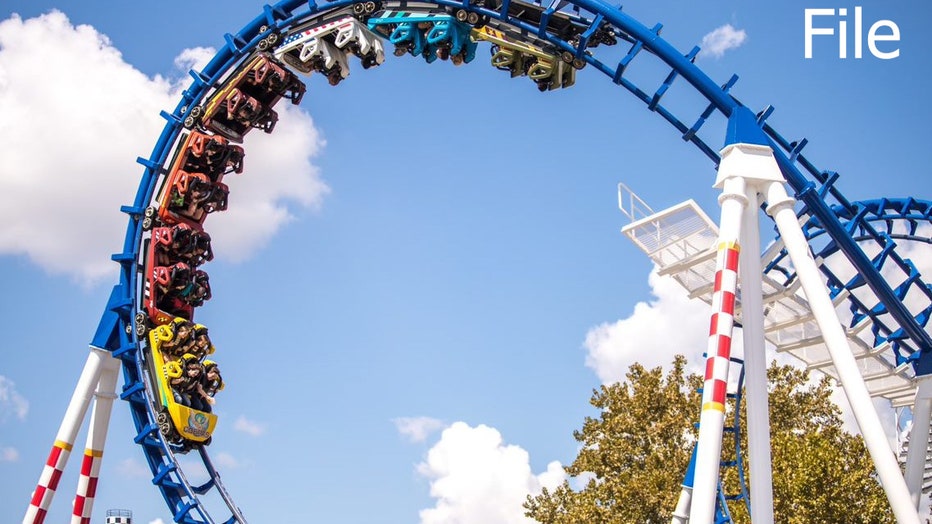 A file picture of the Flying Cobras ride at Carowinds in North Carolina. (Credit: Carowinds)

At Carowinds, the safety of our associates and guests is our top priority," the website added. "Ensuring that rides are properly maintained and cared for is just one way to show this commitment."

FOX Television Stations has reached out to the labor departments for both North and South Carolina for comment.