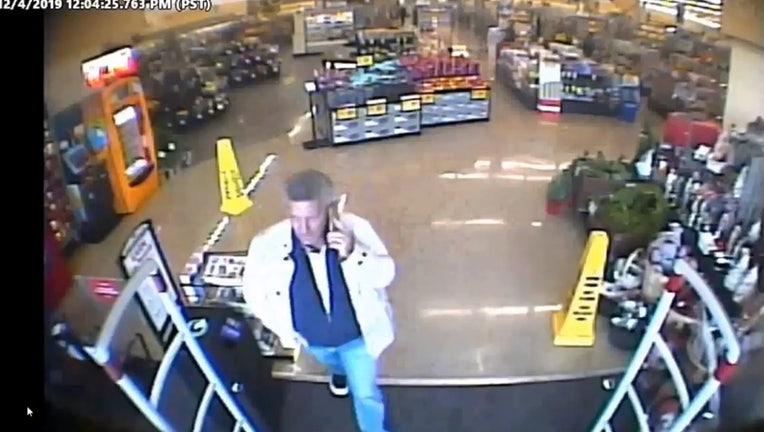 RIVERSIDE, Calif. - The Riverside Police Department is asking for the public's help to locate a man they say stole over $500 worth of shrimp from a local Vons grocery store.

Authorities say the suspect entered the Vons located at 3520 Riverside Plaza Drive on Dec. 4 at about 12:30 p.m. at least three times within a 15 minute timespan.

Each time the suspect entered the grocery store, police say he would walk to the frozen food section and would put numerous bags of frozen shrimp in his pants. Approximately 30 bags in all were taken.

The suspect is described as a white male adult about 50 to 60 years old, gray hair, approximately 5-feet 10-inches tall, and between 150 to 180 pounds. He was last seen wearing blue jeans, a navy blue sweater and a tan jacket.

Anyone with information regarding this case is asked to call Detective Jeff Putnam at 951-826-2054 or email jputnam@Riversideca.gov.Those wishing to remain anonymous can email rpdtips@riversideca.gov.