A reward is being offered after a familiar black bear has been shot and killed in a Lake County neighborhood.

ASTOR, Fla. - Florida Fish and Wildlife (FWC) officers are trying to find out who killed a black bear.

The animal was discovered right behind a white trailer in Astor, off Bobcat Road.

"This bear was very well known and just loved to pieces in this neighborhood. He was timid and shy and basically looking for acorns right now."

She says this wasn’t just any black bear.

"We’ve been calling him Astor Bear. Some people call him honey bear." 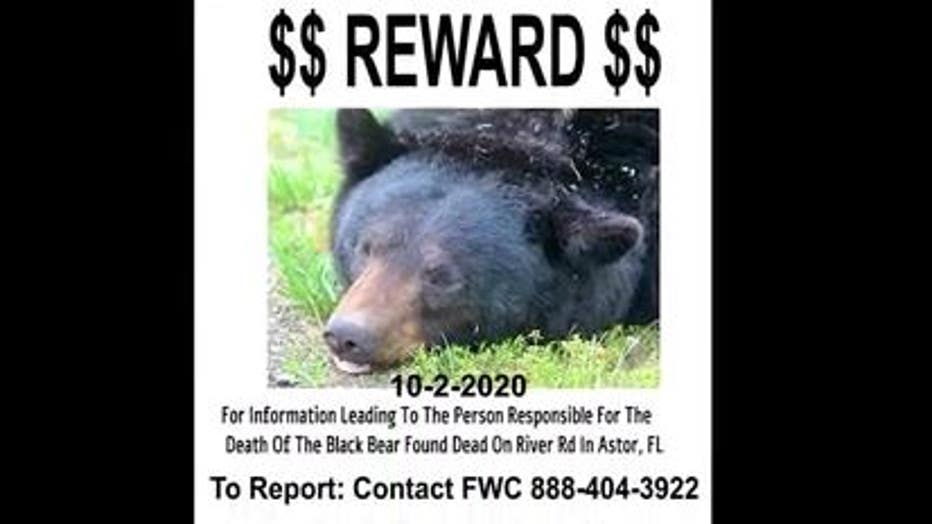 FWC says someone shot and killed the black bear with two types of ammo. Now, a group has raised $2,000 to offer a reward for information leading to an arrest.

It’s body discovered in Astor by a neighbor on Friday.

Florida Fish and Wildlife spokesman Chad Weber said, "We don’t have any indication it was shot on this property. It could have been shot and wandered into this area."

Officers urge residents to secure their trash bins and call if they’re having issues with a black bear.

"You’ll see bears a lot more while they’re preparing for hibernation. They’re trying to take in as many calories as they can," Weber said.

Katrina says she’s raised $2,000 to add to FWC’s reward, hoping to entice someone with information.

"Better of a chance that someone will come forward to let someone know who the killer is."

For information on the Bear Warrior United Fundraiser to increase the reward, CLICK HERE.