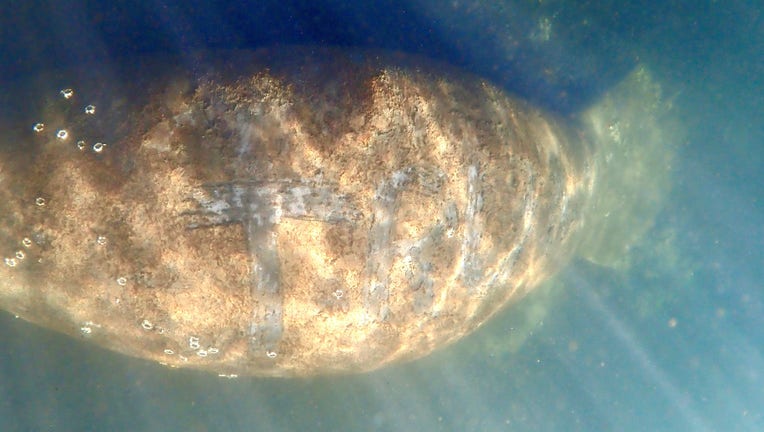 CITRUS COUNTY, Fla. - An additional $5,000 is being offered for information leading to whoever scraped the word ‘TRUMP’ on a manatee’s back earlier this year.

The increase from the Animal Legal Defense Fund brings the reward total to $8,000.

"It’s troubling that someone has interfered with a threatened species and there are laws in place to prevent this type of incident. We hope the additional reward will reinvigorate the case — and a witness will come forward," says Animal Legal Defense Fund Executive Director Stephen Wells. "We commend the U.S. Fish and Wildlife Service and the Florida Fish and Wildlife Conservation Commission for their continued attention to this case and we’re hopeful that the local community will come forward with any information they have regarding this crime."

The Center for Biological Diversity had also announced a $5,000 reward after the manatee was spotted in north Florida's Homosassa River. 'Guardians of the Galaxy' star Dave Bautista, a Florida native, is offering a $20,000 reward.

Manatee found with ‘Trump’ scraped on back

A manatee had the word Trump scraped into its back. The manatee was spotted in the Homosassa River.

"If there’s not already a reward for the arrest and conviction of the low life scummy MAGATs that did this I’ll throw in $20,000. And I promise there will be bonuses to that reward!" he tweeted in January.

Anyone with information can also call the Florida Fish and Wildlife Conservation hotline at 888-404-3922.

Manatees have been protected under the Endangered Species Act since 1963.

Harassment of a manatee is a federal criminal offense, punishable by a $50,000 fine and up to one year in prison.