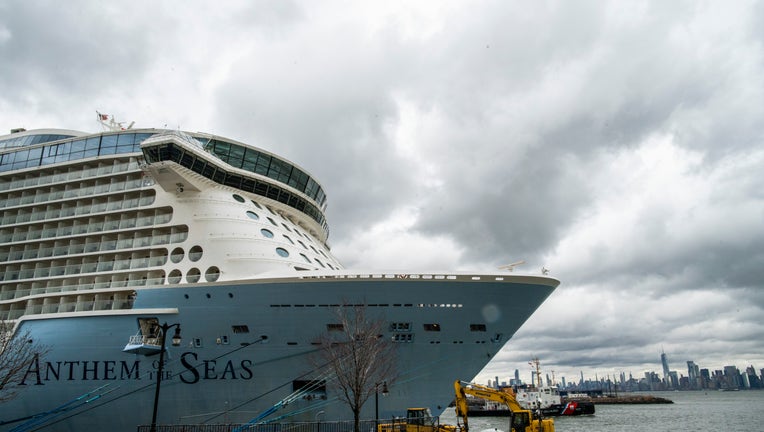 BAYONNE, NJ - FEBRUARY 07: The Royal Caribbean Cruise Ship Anthem of the Seas is docked at Cape Liberty port on February 7, 2020 in Bayonne, New Jersey. At least two dozen Chinese citizens aboard of Royal Caribbean cruise were screened for coronaviru

In an article on Sunday, the Miami Herald reported that "Royal Caribbean’s Michael Bayley and Celebrity Cruises’ Lisa Lutoff-Perlo announced they would sign the U.S. Centers for Disease Control and Prevention’s terms for disembarking crew. The letters also detailed plans for getting crew members to their home nations."

Those requirements included ensuring crew members didn't use public transportation to get home, did not mix with the public while traveling home and did not stay in a hotel.

The article said the crew members' freedom could come after a "long standoff between the company and the CDC."

The Miami Herald reported: "After measures to limit the spread of COVID-19 slammed the cruise industry to a halt March 13, about 100,000 crew members remained stuck on ships as they meandered in and out of U.S. waters until they can be disembarked."