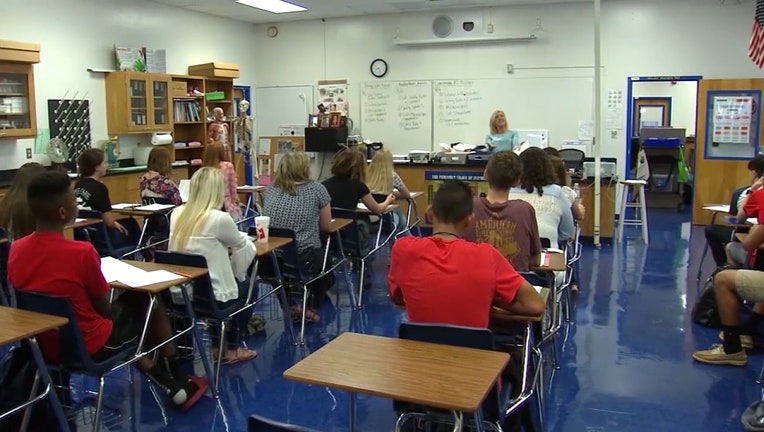 TALLAHASSEE, Fla. - Florida’s economy could take an estimated $859 million hit as a result of school campuses being closed for six weeks during the coronavirus pandemic, according to a report released Monday by the Florida Council of 100 business group.

Gov. Ron DeSantis last week said all students should continue distance learning for the rest of the academic year to halt the spread of the highly contagious virus. Children have been learning from home for about six weeks.

A 12-week school closure could cost the state’s economy about $1.7 billion, according to the Council of 100 report. A survey commissioned by the organization found that 41 percent of employed parents with minor children said Florida’s school closures or a lack of child care have “somewhat” hurt their ability to fully perform their jobs during the pandemic, while 23 percent of working parents said they had been “greatly” impacted.

“Mothers express greater levels of difficulty performing job responsibilities while juggling child care: 71 percent say that this has either somewhat (41 percent) or greatly (23 percent)  hurt their job performance, compared with 44 percent of employed fathers who say so,” the report said.

As DeSantis looks at plans to revive the state’s economy and reopen schools, the Council of 100 recommended that school districts offer teachers more training over the summer so that they can effectively teach from a distance in case of sporadic outbreaks of the virus next school year.

“The state must continue its rapid response to mitigate any learning loss caused by school campus closures,” the group said in the report, which also suggests the state should offer more support to parents to help them navigate their children’s virtual education.