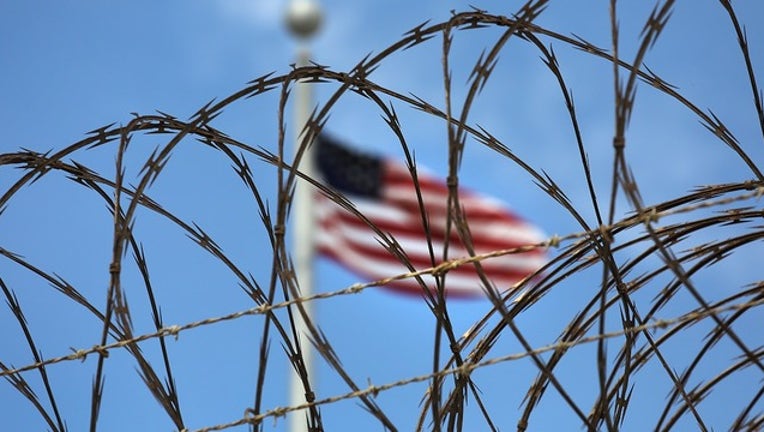 The towering metal fence that divides the United States and Mexico at the edge of the Pacific Ocean has an imposing new feature: rows of razor wire.

The wire -- you've seen it images from battlefields and prisons -- is the most visible result of the $210 million military deployment along the U.S.-Mexico border, creating an imposing sight for Central American migrants gathering in Tijuana, Mexico, their eyes on the U.S.

At least 3,000 migrants have arrived in Tijuana, a border city across from San Diego, in the past two weeks, as Fox News previously reported. The federal government estimates the number of migrants could grow to 10,000 in the coming weeks or months. Tijuana residents have not fully embraced members of the caravan. During the weekend, about 500 residents protested the migrants by marching to an outdoor sports complex where the migrants were camped out, with protesters chanting: “Get out!” and “We don’t want you here!”

Border agents have arrested dozens of migrants trying to illegally cross the border. About 5,800 active-duty troops dispatched to the border to deal with the migrant crisis started coming home this week. On Monday, a judge barred the president from enforcing a ban on asylum for those who cross the U.S. border illegally – a decision the administration said would cause “countless illegal aliens to pour into our country.”