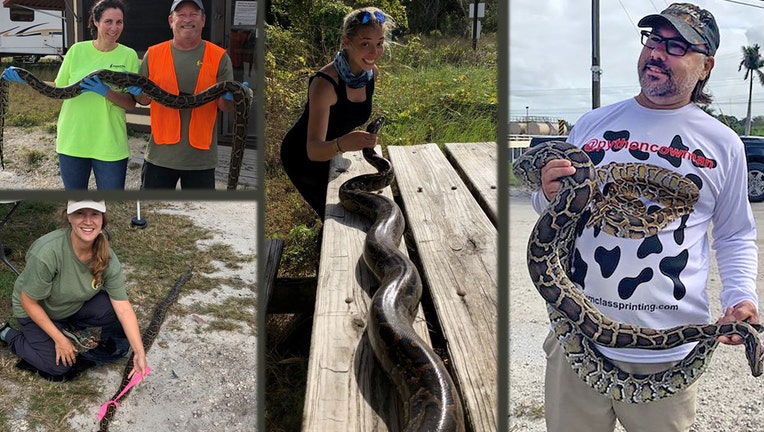 This is a 10-day contest that will award prizes to the hunters who kill the most and biggest of these invasive snakes.

On their website, the Florida Fish and Wildlife Commission (FWC) says that the pythons post a threat to native wildlife and animals in the Everglades. They said that holding the Python Bowl will "help protect the rare Everglades habitat and the animals that live there from these invasive, nonnative snakes."

The FWC shared photos of the hunters and their pythons on Facebook.

"The Python Bowl is off to a great start and pros and rookies alike are turning in their catches at check stations throughout the Everglades," the FWC wrote. "Every invasive Burmese python removed from the wild is a win for our native wildlife."

Pythons can grow to 20 feet and are descended from pets released starting five decades ago. Today, they decimate the native mammal and bird populations.

Only five days of the Python Bowl remain. The FWC wants to remind people that it is not too late to register and get an exclusive Python Bowl shirt.

The Python Bowl is sponsored by Bass Pro Shops and The Bergeron Everglades Museum and Wildlife Foundation.