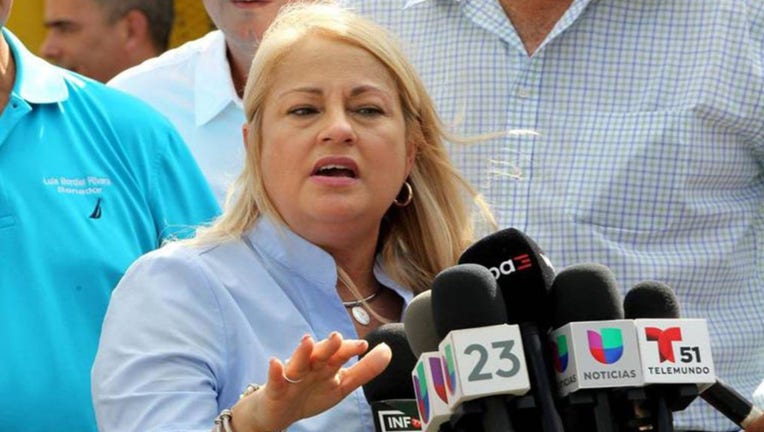 “I ask all Puerto Ricans who are listening to go vote,” Vázquez Garced said during an interview with Telemundo on Monday. “They have to go to vote, exercise their right to vote and evaluate who has represented being a person who thinks about Puerto Ricans and their needs at the most difficult moment. It is Donald Trump.”

Vázquez Garced has served as Puerto Rico’s governor since Aug. 2019. She was set to appear at a Trump campaign rally in Florida last week prior to the president’s announcement that he had tested positive for coronavirus. It’s unclear when Trump will be able to return to the campaign trail.

The governor dismissed criticism related to a 2017 incident in which Trump was caught on video throwing paper towels to a crowd of Puerto Rican residents following Hurricane Maria, arguing that “no one is perfect.”

“Governor Wanda Vázquez Garced’s endorsement is further proof of the enthusiasm that President Trump is generating among Boricuas and all Hispanics,” said Trump Victory Spokesperson Danielle Alvarez in a statement obtained by the Miami Herald.

At the time, the Biden campaign criticized the aid package as an attempt to secure more votes ahead of the election.

“This is clearly a desperate, political stunt to win over Puerto Rican supporters. For the thousands of families who had to leave the island, for all those we've lost, for those who still struggle every day to keep a roof over their heads and food on the table, it is three years too little and too late," a Biden adviser said in a statement at the time.