Many have had issues with the system as the ongoing coronavirus pandemic leaves them out of work.

ORLANDO, Fla. - Protesters gathered on Wednesday to call for changes regarding Florida’s unemployment system, a system that many people have reported having problems filing claims and getting payments after suddenly losing their jobs.

At one point, Gov. Ron DeSantis described the CONNECT system, which started operating in 2013, as a “jalopy.”

Congress is now launching a probe into Florida's unemployment system due to growing reports of missing payments under the CARES Act.

Protesters were at the Walt Disney World Amphitheatre at Lake Eola in Orlando to make their voices heard. 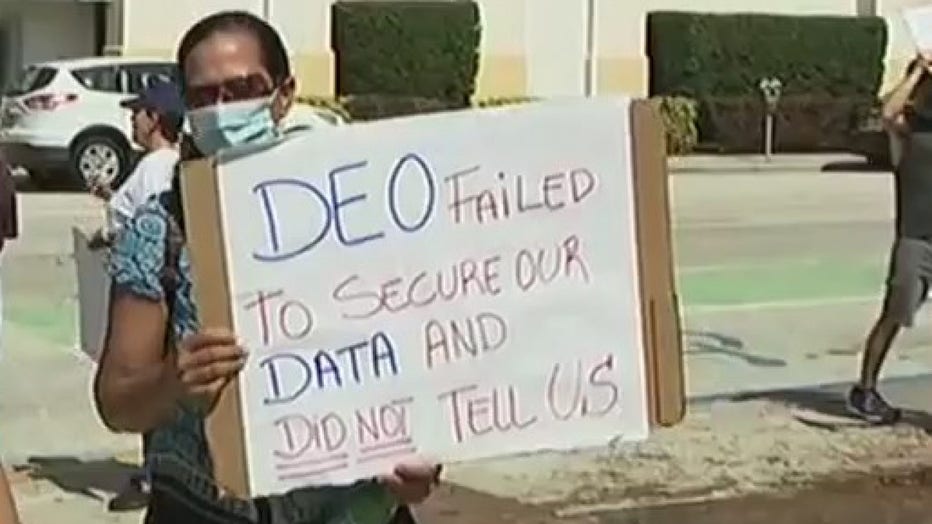 The event was hosted by Fix It Florida.

“Governor Ron DeSantis why are you letting Florida residents suffer? Timely, consistent benefit payments are not too much to ask for,” the protest organizer wrote on the Facebook event. “Processing times greater than 4 weeks are unacceptable. Now many Florida workers are at 9 and 10 weeks with $0 income. #CentralFlorida let's stand together and demand change now!”

FOX 35 Orlando has been speaking to people for months who have reported issues with getting the benefits they applied for.

Casey White lost his job in the hospitality industry in March. He's received a few payments, but not anything close to what he should be getting.

MORE NEWS: US employers laid off 7.7 million workers in April

Fix It Florida held two other rallies on Wednesday in Tampa and Tallahassee.