A group in Winter Garden is speaking out against a proposed bus depot Orange County Public Schools wants to build there.

WINTER GARDEN, Fla. - A group in Winter Garden is speaking out against a proposed bus depot Orange County Public Schools wants to build there.

Wednesday night, the district held a meeting where both community members and city officials told them they don’t want it.

"We deserve better," one of the audience members told district officials during the meeting.

The depot would replace the Orange Technical College in east Winter Garden. The problem is, it’s right next door to a neighborhood.

"What you’re going to hear tonight is the school district needs a bus compound on the west side of town," said Melissa Byrd from the Orange County School Board. "We have built a lot of schools over here." 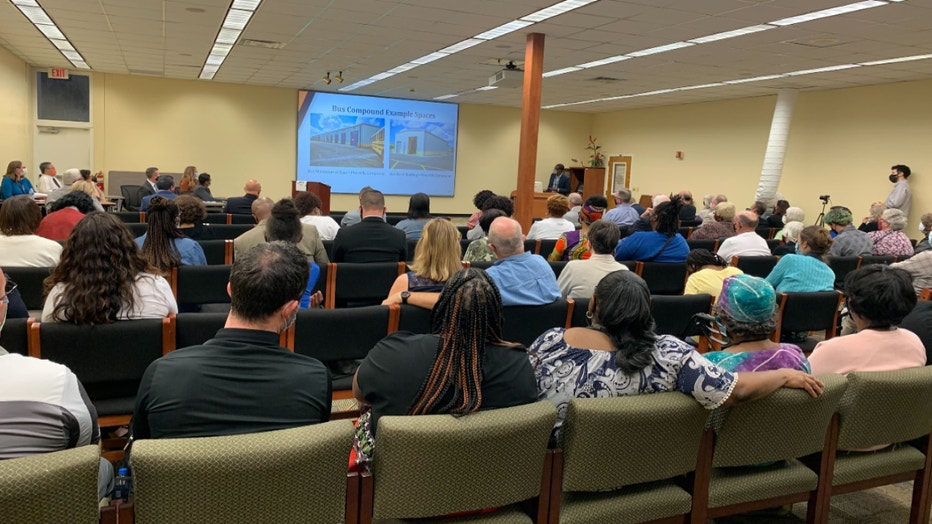 The district wants to put more than a hundred buses at the site. It says it would save them more than a million dollars a year. But the community worries about traffic, noise, and lowered property value.

On top of all that, people in the community say they’ve been working to improve the historically black neighborhood that has been underserved in the past.

"We made a promise to this neighborhood in this community, and they are an important part of our city, and we are one city," said Jon Williams, Winter Garden’s city manager. "We stand in solidarity in opposing a bus compound at this location."

City officials standing with the community, telling the district they should find somewhere else. OCPS proposed building eight-foot walls and closing off entrances near the houses.  It says finding somewhere else is still an option.