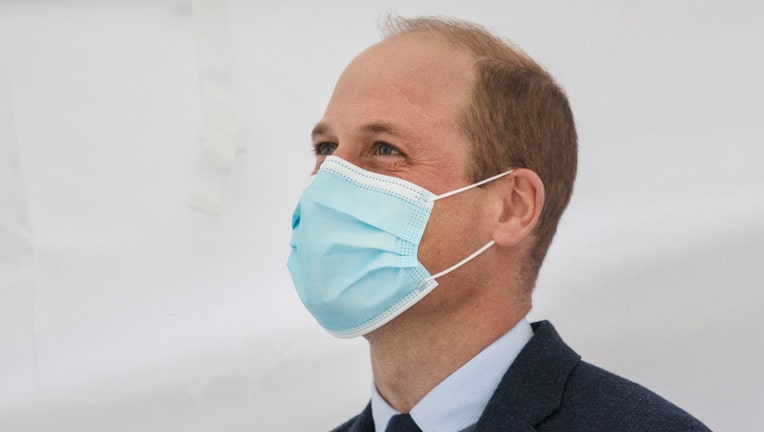 Prince William, like his father, fought off coronavirus earlier this year.

The 38-year-old royal "struggled to breathe" while he battled the virus back in April during the early days of the global pandemic, The Sun reports, but kept the news a secret in an attempt to avoid alarming the public.

Ever the dedicated civil servant, William carried out 14 official engagements while isolating.

"There were important things going on and I didn’t want to worry anyone," William reportedly told an observer during an engagement.

The royal was treated by palace doctors and isolated in his Norfolk family home, Anmer Hall.

A source told the outlet that the Duke of Cambridge "was hit pretty hard by the virus."

"At one stage he was struggling to breathe, so obviously everyone around him was pretty panicked," they added. "After seeing medics and testing positive -- which was obviously quite a shock given how fit and healthy he is -- William was determined it should be business as usual though."

William's diagnosis was kept a secret as it came just after Johnson was hospitalized and Queen Elizabeth II had delivered her now-iconic address regarding the pandemic.

"He felt there were more important things going on in the country," said a source. "But as a result of his own experiences, he realizes absolutely anyone can catch this awful disease -- and knows how imperative it is that we all take this second lockdown seriously."

The UK recently announced a second strict lockdown in the wake of rising cases of coronavirus.

MORE NEWS: What to do if you still need to turn in your mail-in ballot

After April 9, the royal took a weeklong break from phone calls and engagements before virtually opening the Nightingale Hospital Birmingham on April 16.

Reps for the royal family did not immediately respond to Fox News' request for comment.