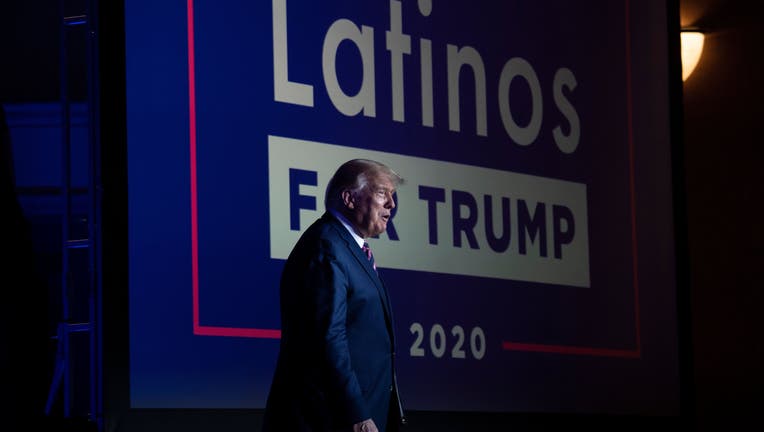 TALLAHASSEE, Fla. - Signaling the significance of the Sunshine State in the November election, President Donald Trump will spend two days campaigning in Florida this week.

Trump will hold a “Latinos for Trump” roundtable Friday morning in Miami, his campaign announced on Wednesday. The Miami event will come a day after the president holds a rally in Jacksonville.

Trump on Wednesday also announced his administration imposed new restrictions on travel to Cuba and initiated new curbs on the importation of rum and tobacco from the island nation. Trump announced the latest restrictions on Cuba at a White House event commemorating the 40th anniversary of the 1980 Mariel boatlift, which brought 120,000 Cubans to Miami, and honoring Bay of Pigs veterans.

“Today, we reaffirm our ironclad solidarity with the Cuban people and our eternal conviction that freedom will prevail over the sinister forces of communism and evil of many different forms,” the president said at the event, where he was joined by Florida Republican Congressman Mario Diaz-Balart. The new restrictions would ban U.S. travelers from staying at hotels owned by the Cuban government.

Trump’s move is a continuation of his efforts to dismantle many aspects of a détente with Cuba struck by his Democratic predecessor, former President Barack Obama. The announcement about the Cuba crackdown and Friday’s Miami meeting are Trump’s latest efforts to court Hispanic voters in Florida, a battleground state considered crucial for a White House victory.

While Trump --- who captured Florida’s 29 electoral votes four years ago --- is seeking support from Cuban-Americans, Democratic presidential nominee Joe Biden has focused heavily on Puerto Rican voters in Central Florida and elsewhere in the state. Hispanics are viewed as a critical sector of the nearly 14 million registered voters in Florida. Trump could also curry favor with Cuban-American voters with his upcoming selection to replace the late U.S. Supreme Court Justice Ruth Bader Ginsburg.

Federal appeals court Judge Barbara Lagoa, the daughter of Cuban exiles, is on Trump’s short list for the vacancy. Lagoa, who grew up in Miami-Dade County, serves on the 11th U.S. District Court of Appeals, after Trump appointed her to the Atlanta-based court. Lagoa also briefly served on the Florida Supreme Court, where she was appointed by Gov. Ron DeSantis, a Trump ally.