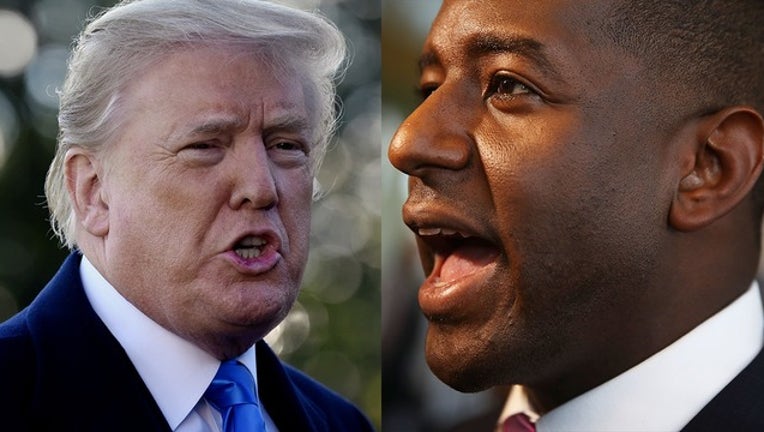 TALLAHASSEE, Fla. (FOX 35 WOFL) - While showing support for Florida Republican Gubernatorial candidate Ron DeSantis, President Donald J. Trump tweeted that Florida Democratic Gubernatorial candidate Andrew Gillum runs one of the worst and most corrupt cities in the United States. He even goes on to say that Gillum will "destroy Florida."

In the tweet, the President calls DeSantis "a great Congressman" and says that he will be "a record setting Governor for Florida." He ends the tweet by saying that Gillum "runs one of the worst and most corrupt cities in USA."

The President went on to say that Gillum will "destroy Florida -- next Venezuela!"

Gillum responded to the President's tweets on Twitter, saying "When you lie about me from the most powerful office in the world and still don’t have the courage to @ me..."

In the President's tweets above, the President also praised current Florida Governor Rick Scott in his tweets, saying that Scott has build "tremendous foundations" for Florida and that "Florida is setting records in almost every category of success." Scott is running against Senator Bill Nelson for a seat in the Senate.

Senator Bill Nelson and Governor Rick Scott are tied at 46.3% for the Florida U.S. Senate Race.