LAKE MARY, Fla. - A prescribed burn is producing heavy smoke and ash across the region. Due to shifting winds, parts of Seminole County are seeing the greatest impact.  The fire is to help with "various land management goals," authorities say.

The Seminole County Fire Department is reporting that it has received several 911 calls reporting the smoke and ash, primarily in Altamonte Springs, Forest City, Longwood, and the Wekiwa Springs areas. As winds shift, other areas could experience similar issues, so officials are asking that residents not call 911 to report smoke. Do call if you see thick stacks of smoke or flames.

We are at the peak of Florida wildfire season, which typically runs from March to June. Central Florida is considered drought-free right now, according to the U.S. Drought Monitor Service. As of Thursday, the Florida Forest Service is monitoring 40 active fires, consuming over 7,700 acres of land. You can find an interactive wildfire map at the bottom of this story.

Garner said a dry-weather scenario is not unusual for late May as the period represents the end of the dry season. 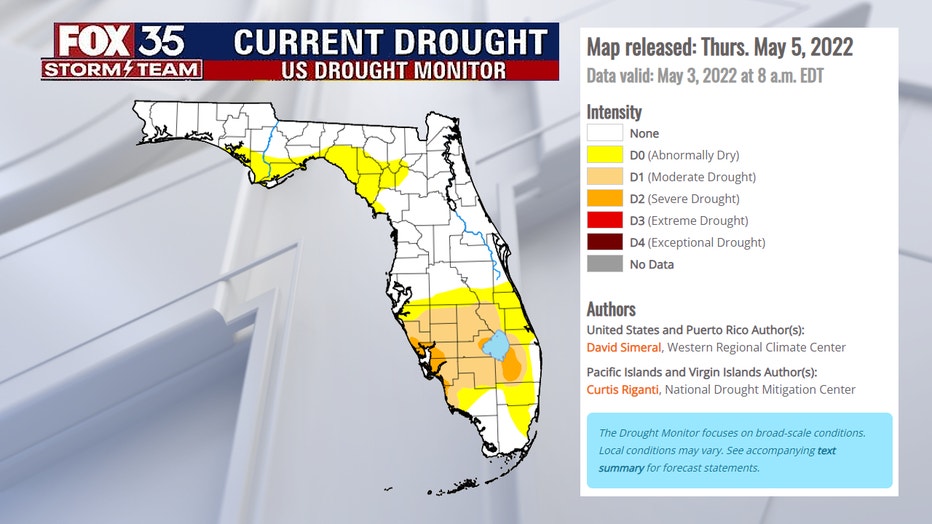 View an interactive wildfire map below >>

If you are having trouble seeing the map or using it (especially on a mobile device), click here to load in a new window.